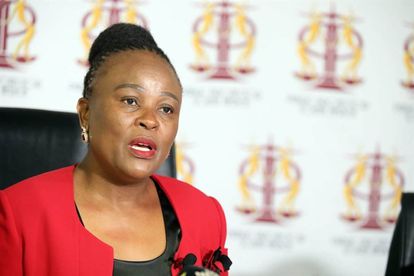 It hasn’t been a good time to be Busisiwe Mkhwebane for years now. Facing constant allegations of incompetence and bias, Mkhwebane has lost in court time and time again. In rent months, journalists have even run out of words to find a fresh way to describe her latest court defeat. Now, Parliament is pressing ahead with its plans to potentially remove the Public Protector.

Parliament asks the public to submit evidence against Busisiwe Mkhwebane

Parliament’s Section 194 Committee has invited members of the public to inform it if they have any evidence against Mkhwebane, that they may wish to place before the committee.

This week, the committee announced that it will move ahead with its work to begin impeachment proceedings against Mkhwebane. The committee will now hold an inquiry into the Public Protector after an independent panel found that there is prima facie evidence showing Mkhwebane’s misconduct and incompetence.

“The objective of the enquiry is to assess the charges contained in the motion in order to determine whether advocate Mkhwebane is incompetent and/or has misconducted herself and report to the National Assembly on its findings and recommendations.”

Those looking to submit evidence against Mkhwebane have until the 3rd of June to write to the committee.

Legal tactics and back and forth

Parliament’s decision to press ahead with removing Busisiwe Mkhwebane comes after the Constitutional Court rejected a rescission application from Mkhwebane. Mkhwebane had asked the court to reconsider its decision to allow the Section 194 committee to continue its inquiry.

The committee has set aside four days in July to conduct hearings.

But, Mkhwebane has one last hope to escape. The Western Cape High Court will next week hear an application to interdict the committee’s work.