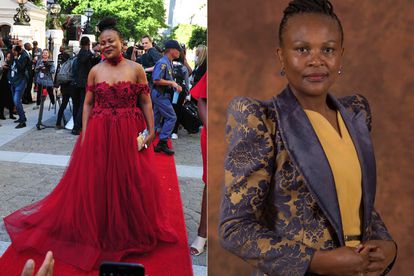 The impeachment inquiry for Public Protector Busisiwe Mkhwebane resumed on Wednesday, 17 August, with its tenth witness.

Gumbi Tyelela worked as a senior human resources manager at Mkhwebane’s office at the time of the complaints against the PP. Witnesses have mentioned Tyelela as having been the ‘hatchet man’ to remove the people that Mkhwebane allegedly didn’t want to work for her, reports EWN.

The inquiry is entering its fifth week now. There are at least eight more witnesses that evidence leaders aim to call before Mkhwebane can call hers.

Richard Dyantyi, the Committee Chairperson, said he would not allow a protracted inquiry.

“This is not an elastic process, that must never be ending, so that must be respected as well,”

Reports have revealed that the Public Protector wants to be able to recall two witnesses. These witnesses testified on the South African Revenue Services (SARS) investigative unit report and ex-officials Ivan Pillay and Johann van Loggerenberg.

“Any recall can’t be a recall for the sake of recalling. It must be a recall because there is this specific question, so we avoid repeat questions. There must be a distinguishable gap that we must attend to,” Dyantyi said.

On Tuesday, 16 August, the Committee rejected Mkhwebane’s request to summon President Cyril Ramaphosa to appear as a witness.

Previously, it was reported that lawyers for Public Protector, Advocate Busisiwe Mkhwebane have submitted a request for President Cyril Ramaphosa to be called before Parliament’s Section 194 Committee to look into her fitness to hold office.

Advocate Dali Mpofu, Mkhwebane’s legal counsel, confirmed that he wrote to the committee about their request. The chairperson of the public protector’s fitness inquiry Qubudile Dyantyi, is yet to formally respond to their request to have President Cyril Ramaphosa appear.

The PP’s lawyers had previously written to Ramaphosa, asking him to testify before the committee, but the Presidency spokesperson Vincent Magwenya said no such thing would be happening. Mkhwebane maintains that Ramaphosa is conflicted because he features prominently in some of her investigations, including the probe into the robbery on his Phala Phala farm and the CR17 saga. Read the full story here.