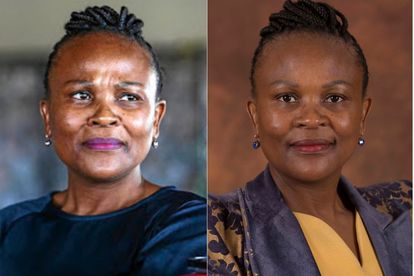 Public Protector Busisiwe Mkhwebane is holding onto her job as she attempts to have the impeachment proceedings against her stopped. Photo: GCIS and amr amr / Flickr

Public Protector Busisiwe Mkhwebane is holding onto her job as she attempts to have the impeachment proceedings against her stopped. Photo: GCIS and amr amr / Flickr

Public Protector and Advocate Busiswe Mkhwebane will have her case resumed on Thursday. The Western Cape High Court will welcome Mkhwebanee as well as the National Assembly Speaker and the Section 194 Committee where the case between the parties will continue to be heard.

Along with Mkhwebane’s objection to the impeachment process, the Public Protector has also challenged the issue of whether or not she should be suspended. Her defence against such a ruling was argued on behalf of her by her legal counsel  Dali Mpofu on Wednesday.

The actions and attempts by the Public Protector follow a rescission application submitted by her to the Constitutional Court. The document requested that the ruling which was given on February 4, 2022, be retracted or declared unconstitutional, reports SABC News.

PP has her work, I have my work – Ramaphosa

President Cyril Ramaphosa has cryptically shown where he stands with the investigations into him. Public Protector Busisiwe Mkhwebane launched two new investigations into Ramaphosa, who doesn’t seem too fazed by it. On Sunday, 3 April, Ramaphosa shared that the embattled PP has her work and he has his own.

“The Public Protector has to do her work and I will do my work. Each one of us have our tasks and jobs to do and we must do our work as best as possible as we can,”

The President was delivering the closing address at his party’s elective conference in Mpumalanga. Mkhwebane, on the other hand, has been trying to interdict Parliament. She is attempting to stop proceedings for impeachment against her. Read the full story here.