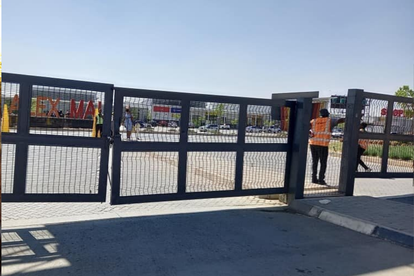 A 43-year-old security guard is facing a murder charge after allegedly shooting a protester dead at Alex Mall, Johannesburg, on Tuesday 21 September. The victim was part of a protest against Eskom’s decision to cut off illegal power set-ups in the area.

The City of Johannesburg’s City Power had sent out its Revenue Protection Service team to Alexandra to terminate illegal power connections in Riverpark and London Road. Very few people would imagine what would happen in the hours that followed.

Upon setting foot in the area to deliver the task at hand, and with police as backup, the operation to cut off the illegal power was in action as residents looked on. However, it did not take long before the community lost its cool.

Suddenly a protest was started at the nearby Alex Mall. Just as the angry community tried to loot shops, security allegedly reached for their guns and fired at the crowd, a 27-year-old man in the angry Alex Mall crowd of protesters was shot.

Gauteng police have since arrested a 43-year-old security guard for murder.

“The police in Gauteng have responded to an incident of murder at Alexandra where the community of Riverpark was protesting after an operation to disconnect illegal electricity connections by City Power and JMPD.

“It is alleged that a security guard from Alex Mall fired a shot towards the protesters,” Gauteng police spokesperson Brigadier Brenda Muridili told IOL.

“One of the protesters (27) was hit. He was rushed to the hospital where he was declared dead on arrival. The police are investigating a case of murder and the suspect (43) has been taken into custody, and his firearm seized. It will be taken to forensics for ballistic testing,” said Muridili