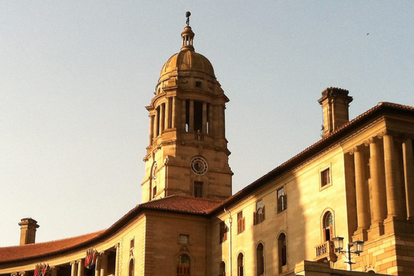 A social media post has called on South Africans to march against Zimbabweans to the Union Buildings, the message is nearing 1000 reactions, with most of the feedback seemingly positive.

MARCH AGAINST ZIMBABWEANS AT UNION BUILDINGS?

The note was sent by @PortiaPorsh5 on Twitter. It suggests that Zimbabweans are one if not, the main driving force behind youth employment in South Africa.

“A March to the Union Building regarding unemployment in South Africa will be on Wednesday 10th November 2021. Be there or be told,” it said.

One of the replies asked what action can the public expect after the march. The messenger replied to say:

“Unemployed citizens should bring their CVs or Qualifications to the march. No more empty promises from the government.”

It now remains to be seen if there will be any actual turnout, or the message will just be another online protest that will start and end on Twitter.

REACTIONS TO THE MARCH CALL

A comment that drew the high feedback argued that the protest should be directed at those who employ foreigners, instead of the government.

“Patriots, I live in CT and I gave you guys advice these protests without actual action aren’t going to help us. We should go to the employers who employ foreigners instead of SAns they need to be told what they are doing is wrong and report them to labour,” @Zee_Seed9 said.

“Currently, of the one billion global slum dwellers, 238 million are in Sub-Saharan Africa. Africa’s population is projected to double between now and 2050, and urban areas will absorb two-thirds of this growth,” minister Kubayi said last week.