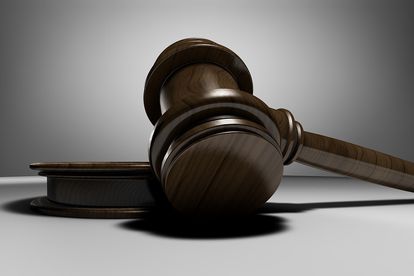 An Eastern Cape Prosecutor has been charged for failing to report the sexual violation of a minor.

The 54-year-old regional court control prosecutor, Vicky Rossouw, appeared in the Humansdorp Magistrates’ Court charged with contravention of Section 54(1)(a) of the Sexual Offences Act, 32 of 2007, which provides that a person who knows that a sexual offence has been committed against a child, must report the alleged offence to the police.

ALSO READ: 23-year-old female raped and robbed while walking in the dark

STATE ON HAVING A STRONG CASE AGAINST THE OFFENDER

According to Luxolo Tyali, the National Prosecuting Authority (NPA) Regional Spokesperson in Eastern Cape, the State is alleging that she had knowledge that an offence of rape, incest and sexual assault was committed against a child, but she failed to immediately report it to the police.

“The prosecutor was released on warning and the matter was postponed for further investigations to 28 November 2022.”

NPA TO TREAT THIS MATTER WITHOUT FEAR OR FAVOUR

“The NPA views this case in a very serious light and has commenced internal labour relations processes against the prosecutor. The enrollment of this case against one of our own is a clear indication that if there is enough evidence of a commission of a crime against anyone, the NPA will prosecute without fear, favour or prejudice,” Tyali said.

In other news, the Pretoria North Magistrates’ Court denied bail to a police official, Sergeant Elvis Hlungwani Mihloti (38) who is working for the Rapid Railway Response Unit of the South African Police Service. He is facing a charge of rape of a 15-year-old boy.

It is alleged that on 07 October, while the minor was with his friends, Mihloti allegedly took and drove with the child to different taverns and later went to Vicks Tavern in Soshanguve. While at the tavern drinking, it is alleged that Mihloti asked the boy to accompany him to check if his car was still parked.

When they arrived at his car, the boy passed out and when he regained consciousness in the wee hours of the morning, he found himself in Mihloti’s bed while busy raping him.

He then instructed him to get dressed and promised to drop him off at home. On their way to the victim’s home, Mihloti stopped on the M17 and pulled the boy out of the car and drove off. The uncle took the boy to the hospital after he overheard the boy telling his male neighbour who is said to be a close friend of the accused what had happened to him and later reported the matter to the police.

In court, he asked to be released on R1000 bail due to his ill health. However, the prosecutor Nkhagweleni Phanuel Madavhi opposed his bail application due to the seriousness of the crime.