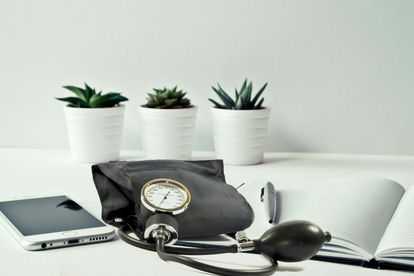 The case of a Kimberely-based doctor accused of raping a 17-year-old girl is ongoing as the prosecution opposed his bail. Photo: Stock Image / Pixabay

The case of a Kimberely-based doctor accused of raping a 17-year-old girl is ongoing as the prosecution opposed his bail. Photo: Stock Image / Pixabay

The prosecution in the case against a Kimberely doctor accused of rape has opposed bail.

The prosecution stated that the accused is a flight risk

The prosecution argued that the Congolese national is a flight risk. They stated that there is nothing keeping him in South Africa as his family does not reside in the country. The suspect is illegally in SA.

The 38-year-old rape accused was applying for bail in the Kimberley Magistrate’s Court on Friday, 2 September. The judgment on the application was reserved for Monday, 5 September.

State Prosecutor maintains the accused should not be granted bail

According to SABC News, State Prosecutor Kekeletso Lekota stated that allowing him bail would be giving him the opportunity to evade trial.

Lekota explained that the rape accused has a Congolese passport and that the Congo has no extradition agreements with South Africa.

“The applicant being a medical assistant who is known as a doctor has means to evade his trial as he already says he has an income. He is in possession of a Congolese passport. Congo does not have extradition agreements with South Africa,” said Lekota.

Last month, the man was accused of raping a 17-year-old girl. The girl was consulting at the surgery where the accused works.

Previously, it was reported that a teenage girl opened a rape case after she was allegedly raped by a doctor during her consultation while her father was waiting for her right outside. The 17-year-old from Kimberley was not feeling well and went to go see a doctor at the Dinatla Medical Centre on Barkley Road earlier this week.

She went into the consultation rooms where the doctor, Ilunga Kalasa, examined her. Her father waited outside in the waiting room.

But during the examination, the doctor allegedly instructed her to take off her panties. He then undressed, forced himself on his teenage patient and raped her. The traumatised young girl walked out of the consultation room without saying a word to her father, who had accompanied her. Read the full story here.