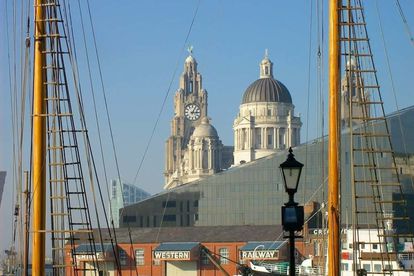 Known as Project Jennifer, this development has been made possible through a £150 million regeneration programme. The aim of the project, in Great Homer Street, is to completely renovate the area in order for it to yield positive economic, social and environmental impact. The benefits can be seen in the form of new housing, integrated transport links, excellent new facilities and enhanced open spaces.

Through this development, Project Jennifer has become the beating heart of north Liverpool. Not only has it helped to improve the facilities of the area it is estimated that the creation of the scheme has resulted in 1,000 jobs for local people.

Recognised as having a somewhat unusual name, the 45-acre development’s title was named after the niece of the Auxiliary Bishop of Liverpool, Tom Williams. He suggested the name when he was a local parish priest of a church in the area, and since then, it has become synonymous with the unity of the community.

For those who live in the local area Project Jennifer means:

The regeneration of Great Homer Street is not a development in the north of the city that’s been created in isolation. Not only a hub of activity in this area, it will also act as a catalyst for the wider redevelopment of North Liverpool.

The impact of Project Jennifer

Regeneration projects in the north make sense, as this where the city is most industrious. North Liverpool is the home of one of the biggest docks in the UK, which has had its investment credentials elevated by the completion of Liverpool2 – a new £300 million deep-water container terminal. The development of Liverpool2 has doubled the port’s capacity making it one of the UK’s best equipped and connected terminals.

This commitment by the city is a clear signal to overseas investors that Liverpool is a place that is prepared to make big improvements to develop itself further and become more attractive to the people who live in the city, as well as foreign commercial and residential investors.

North Liverpool also has a growing reputation for renewable energy technologies. A good example of this is renewable energy and recycling company Agri, with its multi-million Pound investment that converts used cooking oil into fuel. The are also has the addition of vast warehousing, storage and production facilities, which are used by thousands of companies in the food industry across the UK and Europe.

From all of the above, it’s clear to see how a development such as Project Jennifer not only affects one area, it also has a knock-on effect to the surrounding areas, which benefits the city as a whole. This impact on Liverpool’s regeneration is part of the transformation of the city, and its constant redevelopment in order to improve its offer nationally and globally.

For information on property investment opportunities contact RWinvest on +44 (0)151 808 1250 or email info@rw-invest.com for more information. www.rw-invest.com