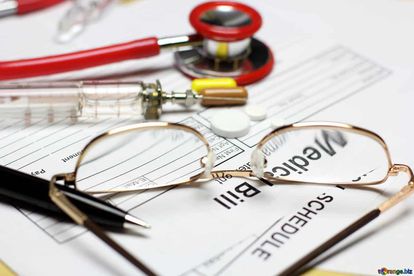 The proposed National Health Insurance (NHI) Bill could see the end of private medical aid schemes in South Africa by 2026 if it is written into law unchanged by Parliament and President Cyril Ramaphosa.

The NHI Bill was approved by cabinet in mid-July 2019 and is expected to be tabled before Parliament before the end of the year.

If it is then approved by Parliament and signed into law by Ramaphosa unchanged, it could mean the end of private medical aid schemes in South Africa as we know them by 2026 at the latest.

Under the NHI Bill, it will be mandatory for South African citizens to use NHI for any health services that it covers, effectively making private medical aid schemes useless.

However, they are unlikely to disappear altogether and they are expected to become something akin to what we call gap cover right now. This would be to cover specific services that the NHI does not.

Over the next few years, private medical aid schemes are going to start resembling each other very closely as plans are in place to create a standardised basic coverage package.

The aim of this is two-fold, first to get South Africans comfortable with the idea of a standardised medical scheme and, secondly, to reduce customer confusion in a market that has so many options it’s almost impossible for a normal human to compare different medical aid schemes.

“We are working with the Council for Medical Schemes to ensure that every medical scheme pays for the same package of primary health care services as that provided by the public sector,” Health Minister Zweli Mkhize said at the unveiling of the NHI Bill.

“This is part of the process to revise the prescribed minimum benefits that the council is working on.”

What will the NHI cover?

There haven’t been many specifics detailed yet about what exactly the NHI will cover. However, the list of prescribed minimum benefits (PMBs) and how it changes over the next few months will likely give a strong indication.

PMBs are a list of 270 conditions and specified treatments that all medical aids must cover, including emergency medical care and chronic illnesses.

Government is looking at expanding and revising this list in the coming months and it is highly improbable that the government would include cover for the PMBs in private medical aid schemes but not the NHI further down the road.

Who will be covered?

The NHI will provide cover to all registered South African citizens and documented, legal visitors to the country.

This includes citizens, permanent residents, refugees, inmates, and likely tourists and foreign dignitaries, although the list of eligible foreign nationals has not been published yet.

In its current form, the NHI Bill does not provide cover for asylum seekers or undocumented migrants. However, they will receive medical services for “notifiable conditions of public health”, which would include the likes of TB and HIV.

Also, anyone under the age of 18, regardless of legal or document status, will be entitled to free basic healthcare.

There is a decent chance this part of the NHI Bill could still change too, as the current legislation says asylum seekers and undocumented migrants from Southern African Development Community should be treated like South African citizens.

So it would not be a complete surprise if something along those lines was eventually included in the bill before it is signed in to law.

The current plan is to have children, women, the elderly, and people with disabilities on the NHI by 2022, with the rest joining by 2026 at the lastest, which would also spell the end of private medical aid as we know it.

How much will it cost?

This has also not been revealed as yet and it is likely to be some time before costing is revealed.

Mkhize’s aforementioned meetings with the Council for Medical Schemes over PMBs probably included long discussions about how much the NHI could and should cost.

What we do know, though, is that it will be collected similarly to income tax and PAYE, deducted straight from your paycheck at the end of each month.