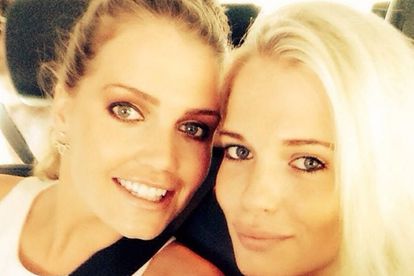 The two sisters were raised and schooled in South Africa and Lady Kitty moved to London four years ago. According to the Daily Mail, she has since become a “regular figure on the showbiz circuit” hanging out with the cast of Made in Chelsea.

Kitty appeared in Tatler’s December 2015 issue in a bikini. According to the Daily Mail, unlike her prim and proper peers (such as Kate Middleton), Kitty has raised “aristocratic eyebrows” around her bikini pics.

Aaah hello handsome boys!! Thanks for sending this Carmen @drcenkoguz – I can feel the kisses all the way in Australia Miss you guys so much!!

THANK YOU @marchomstudio for the best day! I loved meeting you and working with you!! So grateful to the whole @tatleruk team, especially @goodwinsophie, @doritanissen for my make up and @stephentlow for my hair. Thank you for such a FUN day!!

I packed for 48 hours and stayed 3 weeks – thank you @pampamswim for the best beachwear in Sydney perfect for @orpheusisland ????

Lady Amelia is in a serious long-term relationship with a “South African adonis” Greg Mallett and is also known to enjoy a good party.

The two sisters grew up away from the media spotlight in South Africa with their mother, Victoria Lockwood who was Earl Spencer’s first wife.