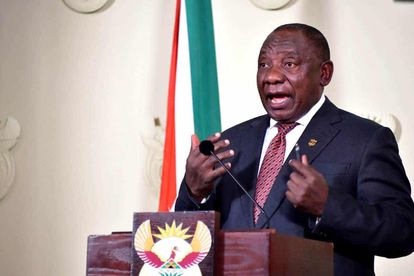 Following a slew of criticism of the proposed National Health Insurance (NHI) Bill, South African President Cyril Ramaphosa has told the country to get used to the idea because it is here to stay.

The NHI Bill was approved by Cabinet in July 2019 and was tabled before Parliament for consideration at the start of August 2019.

It has received heavy criticism from several sectors within South Africa including opposition political parties, the private healthcare sector, and even the Insitute of Race Relations.

The primary criticisms of the NHI Bill have involved its cost, how money will be raised to pay for it, the potential impact on the private healthcare sector and the subsequent impact on the quality of healthcare in South Africa overall.

NHI Bill is here to say

However, it is something that people are going to have to get their head around if Ramaphosa has any say in the matter and, as President of the country, he definitely does.

“I would like to say that the NHI is here to stay. Whether people like it or not, it’s going nowhere,” said Ramaphosa in his address at an African National Congress Women’s League event, according to TimesLive.

Acting director-general of the Government Communication and Information System (GCIS) Phumla Williams also defended the NHI Bill, pointing to the positive impact it will have on the poorest and vulnerable members of South African society.

“There are few things more devastating than being denied quality healthcare because of one’s socio-economic status. This sadly is a reality, which is faced by the majority of South Africans,” she wrote in a blog post to the Government’s official website.

“The sad reality is that even those that are members of private medical schemes, more often than not, exhaust their benefits before the end of the financial contribution annual cycle due to the exorbitant price structure in the private health system.”

Healthcare costs getting out of control

One of the main reasons Government has put forward for the NHI is the spirally cost of private healthcare in South Africa, with some facilities charging 300% to 400% of the prescribed medical aid rate.

This has led to the emergence of gap insurance cover to make up the difference of what people are insured for by private medical aid and what they actually have to pay private hospitals.

“In redressing this, anomaly our National Development Plan (NDP) envisages a healthcare system that works for everyone,” Williams added.

“It provides for a number of key elements that we would put in place to meet the constitutional imperatives that we need to provide health care services to all South Africans; irrespective of their socio-economic background within the available resources.”