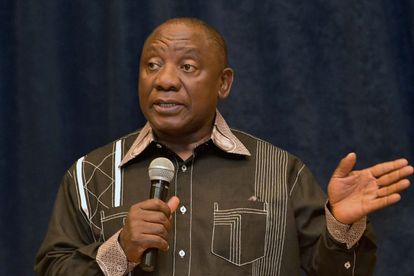 President Cyril Ramaphosa made a comment that could slap smiles on a few faces. Ramaphosa was speaking at the  National Union of Mineworkers Congress on Wednesday, 30 March.

Ramaphosa knows that most Saffas are done with the lockdowns

The President acknowledged that citizens are tired of lockdowns and are desperate to get their pre-COVID freedom back. Making note of this, Ramaphosa stated that the National State of Disaster WILL come to an end.

While the President did not specify when; he did state that Government is working on it. He reiterated and stated with certainty that Mzansi’s time lockdown will be over. Ramaphosa added that lives will go back to normal.

“Many of our people are tired of these lockdowns. Many of our people want to have their freedom back and this is precisely what Government is working on. So I can say, with certainty, that the national state of disaster is going to end so that your lives go back to normal.”

Ramaphosa also touched on the international matters that are impacting the prices of key commodities.

“For struggling economies, such as ours, the green shoots of recovery that we have been seeing and experiencing over the past year have to be safeguarded against these [international issues] and other external shocks,” said Ramaphosa.

Speaking more about the State of Disaster Ramaphosa said:

“From a social and economic perspective, we as South Africa, entered this year in a position that is slightly different from the past. This is thanks to our management of the pandemic over the past two years. We are now in a position to end the National State of Disaster soon.”

R350 grant to be ‘removed’ from National Disaster Act: What does it mean?

In other trending news, The South African previously reported that COGTA Minister Nkosazana Dlamini-Zuma has shared some bombshell information with us on Tuesday, confirming that the State of Disaster could now end ‘by the start of next week’. The laws for living with COVID-19 will be officially gazetted later this evening – but what does it all mean for the R350 grant?

The popular SASSA payment, created in 2020 to give South Africans a financial lifeline at the advent of the pandemic, has since been claimed by roughly 10 million citizens. On Tuesday, NDZ explained that the R350 grant would be removed from the National Disaster Management regulations.

She stated that it would ‘be a pity’ if the payments stopped abruptly. But existing claimants have no need to fear: Those already receiving the handouts will continue to do so, until at least March 2023. Read the full story here.