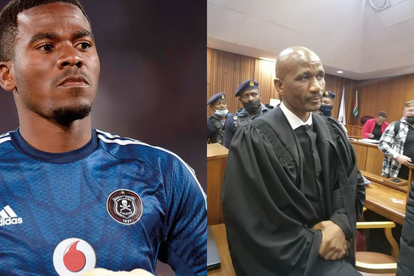 The Presidency has responded to Advocate Malesela Teffo’s claims that a plan to get him off the Senzo Meyiwa murder case was hatched from its office.

Advocate Teffo who represented four of the five men accused of murdering Meyiwa told the Pretoria High Court on Tuesday, 12 July, thsat he will no longer be able to represent accused 1 – 4 citing harrasment from the State and the court.

The Presidency said it strongly refutes Teffo’s claims which it labelled as false.

The Presidency further said that it finds Adv Teffo’s baseless claims mischievous and harmful to the standing of the office of the President.

“The Presidency does not participate in criminal investigations or trials and is not involved in any perceived or actual harassment of Adv Teffo.

“As an Officer of the Court and a professional in the legal fraternity. Adv Teffo must appreciate the level of veracity that is necessary to support such claims about any institution or individual.”

Furthermore, the Presidency said it espouses the values of the country’s Constitution and cherishes the protection, safety and justice for all.

The family of slain Bafana Bafana goalkeeper, Senzo Meyiwa, said they are not worried about Adv Malesela Teffo quitting the case mid-trial.

In an interview with Newzroom Afrika, Senzo’s brother, Sifiso, said Teffo was receiving threats from police who do not want to arrest the correct people for the murder of his brother. He added that he also received threats at some point but they have since stopped.

“He told us about the harassment and we agreed that he should take this decision. We are not worried because we know what will happen from now on. He is still on case 375 which is the one that has evidence,” Meyiwa said.