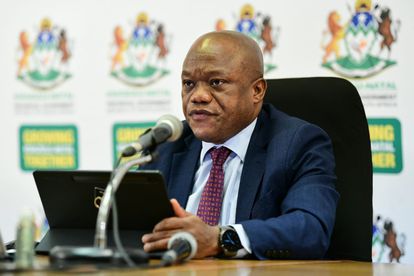 South Africa will not go back into a hard lockdown after the local government elections, contrary to fake social media posts that are circulating making this claim, KZN Premier Sihle Zikalala said on Monday.

Zikalala, who was speaking at a virtual media briefing regarding the recent developments in the province following the local government elections, said that the government was dismayed at the false posts.

“We have noted with absolute dismay, people spreading false claims that our country’s national lockdown was downgraded only to allow for the elections to take place; and that after the elections Government will bring back the hard lockdown,” Zikalala said.

“What is even more worrying is that even educated members of society, who must know better, were also making these claims. As far as we are concerned, these are just baseless allegations. Even though our COVID – 19 numbers are fluctuating, there is nothing to suggest that there will soon be a hard lockdown,” he said.

The latest Covid-19sStatistics released by the National Institute for Communicable Diseases on Sunday night showed that the country had recorded just 205 new infections over the past 24 hour period.

“The only time that this can happen is when there is a sudden large increase in the number of confirmed cases. Decisions on Coronavirus are informed by medical and science advice. This is precisely why it is crucial for everyone to continue adhering to safety protocols, while ensuring that as many people as possible get vaccinated,” he said.

Zikalala said that the rate of new infections in the province remained relatively low, although it fluctuated. The number of confirmed COVID-19 cases in the province was now 515 892, while 14 770 people had lost their lives due to the pandemic, he said.

In the latest 24-hour reporting period on Sunday 7 November 2021, there were 64 new cases in  the province compared to 48 on Saturday and 63 on Thursday.

“We are still not happy with the rate of vaccinations in the Province. Up to this point, 3,337 million people have been vaccinated. This leaves us with a total of 4,791 million people to vaccinate by the end of this year, which is no small job,” Zikalala said.