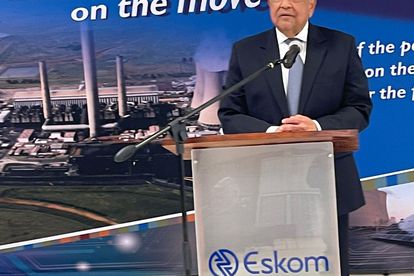 The Department of Public Enterprises has condemned Wits University students who allegedly disrupted Minister Pravin Gordhan when he delivered his lecture on the reforms of State Owned Enterprises (SOEs).

According to reports Gordhan was chased out by students who grilled him about his stance on State Capture when he served as Finance Minister during former president Jacob Zuma’s tenure. Gordhan delivered the lecture at the Wits University School of Governance.

GORDHAN HITS BACK AT WITS STUDENTS

The Department of Public Enterprises said it condemns in strongest terms the unruly behaviour of the small clique who were hell bent on disrupting the public lecture to mark the Wits University Centenary celebrations on Thursday.

“The conduct by the disruptors posing as guests was appalling to say the least. The clique was clearly briefed by political forces intent on creating disruption and instability in South Africa. Their aim was not to engage but to intimidate us,” the department said.

The Department of Public Enterprises said Gordhan was not kicked out. He reportedly waited for questions and was instead a target of a racist attack.

The Department said they together with Gordhan will not be intimidated.

“We will not be intimidated nor threatened by their well-orchestrated performance. We will continue to engage stakeholders all over our country without fear so that all South Africans know the truth about corruption and the corrupt.”

On Tuesday, Police Minister, Bheki Cele also lost his cool when he was confronted by Action Society’s Ian Cameron – and the interaction prompted the politician to lash-out in dramatic fashion.

Footage of the incident has been shared far and wide. Cele rants and raves at a cool and collected Cameron, telling him to ‘shut up and get out’. After yelling in his general direction, police officers grabbed the Action Society leader and led him out of the event in Gugulethu in Cape Town.