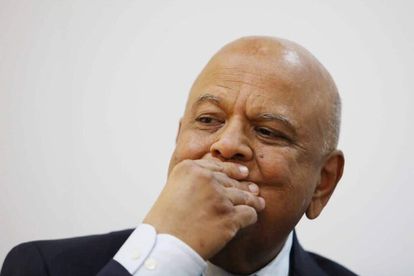 South Africans are now likely waking up to stage 3 load-shedding, as announced by Public Enterprises Minister Pravin Gordhan. The minister, who has been rather scarce these past few months, was forced to address the situation at Eskom, as the power utility has been struggling to keep the lights on since the first week of October.

Eskom announced it would be ramping up load-shedding from stage 2 to stage 4 from noon on Wednesday until Friday at 05:00, after which the power cuts would return to stage 2 until Saturday morning. The utility has been attributing the rolling blackouts to a shortage in generation capacity.

Addressing the media on Wednesday evening, Pravin Gordhan said 2 000 megawatts of power would be restored within hours, which would mean load-shedding is reduced to stage 3. Gordhan says he held intensive discussions with Eskom’s board and management about the bouts of rolling blackouts.

“Overnight, some 2,000 megawatts of power will be returned to operations and as a result, it is expected that the system will be downgraded from a level 4 load shedding to level 3 load shedding,” he said.

The utility would also be able to restore more power on Thursday and Friday.

“Tomorrow and on Friday, a few more units will be put back on the system as a result of plants returning to operation. That will result in a downgrade from a level 3 to a level 2,” he added.

No blackouts on election day

At the same briefing, Gordhan also moved to assure the country they were doing all they can to avoid having to implement load-shedding on 1 November 2021, when South Africans head to the polls in the local government elections.

“Over the weekend, I’m told by the Eskom management, load-shedding will stop, which means that as South Africans go to the polls on Monday and as the counting proceeds on Monday evening and over next few days, there will be no load-shedding unless there is some unexpected event — which I’m assured by the board and management is unlikely”