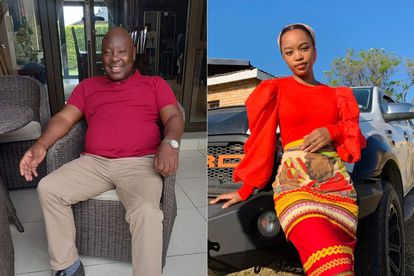 The arrests of Makhonzandile Lukhope and his daughter Naledi Lukhope have been welcomed by the Special Investigating Unit (SIU).

The father and daughter duo were arrested in connection with personal protective equipment (PPE) tender fraud on Wednesday, 20 July. The arrests were made by the Directorate for Priority Crime Investigation (HAWKS).

The duo have been charged with fraud, forgery and uttering to the value of R4.3 million. This is relating to PPE tenders that were awarded by the Department of Education in the Eastern Cape.

The pair received the money under three company names; Amabongwe Building, Civil Contractors CC and Tsunami Civils. They appeared before the Zwelitsha Magistrate’s Court. Makhonzandile was released on R4 000 bail while Naledi was released on R2 000 bail.

The matter has been postponed to 19 August and was moved to the East London Regional Court.

How did the Lukhopes commit fraud?

According to the SIU, its investigation revealed that Makhonzandile committed fraud by misrepresentation with the intention to defraud the department. He reportedly unlawfully put through a contract lease that misrepresented that his company Amabongwe operated in and had business in the Eastern Cape.

This misrepresentation resulted in the EC Education Department awarding a R1.9 million contract to the company.

ALSO READ: Father and daughter due in court for PPE tender fraud

The SIU’s investigation further revealed that Naledi allegedly also misrepresented and defrauded the department through her company Tsunami Civils.

“Mr Lukhope also failed to disclose (an) interest in Tsunami Civils, which belongs to his daughter, Miss Lukhope,”

According to the SIU, Naledi’s company received a payment of a massive R2.4 million. The Unit also stated that all tenders awarded to the father and daughter were restricted to businesses that operated in the Eastern Cape, reports TimesLIVE.

“In line with the Special Investigating Units and Special Tribunals Act, the SIU referred evidence pointing to criminal conduct that was uncovered during the investigation to the attention of the National Prosecuting Authority for further action,”