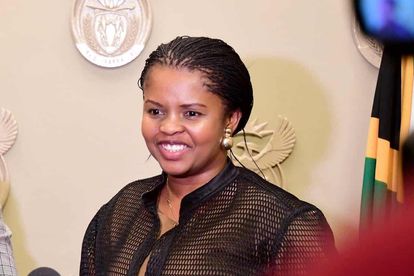 The African National Congress (ANC) in Gauteng is continuing its meeting on Monday, 21 September 2020, discussing the personal protective equipment (PPEC) saga, which unleashed a flurry of corruption related to COVID-19 contracts.

According to reports, the PEC could not conclude its meeting on Sunday, but reconvened on Monday as more members want to weigh in on the report.

The party’s provincial integrity commission’s (PIC) report was set to be released, however, IOL has said it has become a bone of contention amongst factions of the ANC. The report had initially found that Diko had not broken the law but lacked the expected oversight, essentially clearing her of any wrongdoing in the matter. The MEC maintains his innocence in the whole debacle and wants to be told what he did wrong.

IOL has quoted a source as having said:

“Masuku wants the commission to tell him where he was wrong because he was not in charge of procurement and was the one who called in the SIU to investigate when the Covid-19 tenders hit. He wants the law, not politics, to be applied.”

‘Element of money laundering through PPEs’

Masuku is accused of influencing the awarding of a tender to Royal Bhaca Projects – a company which is owned by Diko’s husband. The couple are reportedly friends.

This was reportedly part of a plan to secure a position for his wife.

Lugayeni-Masuku, currently the Johannesburg ANC deputy secretary, is reportedly expected to contest for the position of chairperson and that the tender was essentially a fundraising strategy ahead of the conference.

“I see some people say there’s also an element of money laundering through PPEs, especially with the ANC GP conference coming up. Allegations are Loyiso Lugayeni- Masuku wants to be the next Chair and Mayor of Johannesburg, and she’s friends with Khusela,” another ‘source’ was quoted as saying.

In the wake of the allegations, Diko took a leave of absence while Masuku was placed on precautionary suspension.

According to the Special Investigating Unit (SIU), more than 600 companies are being probed for receiving contracts totaling more than R5 billion, during the COVID-19 pandemic.