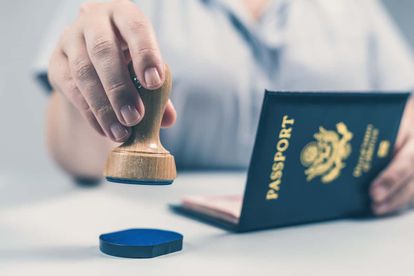 This is three places down from the previous ranking and the worst performance since the Henley Passport Index was introduced in 2006. The SA passport’s highest ranking was 35th, achieved in 2008 and 2009.

Rankings are based on the number of destinations that a passport holder can access without a prior visa‚ based on data from the International Air Transport Association (IATA) and research by Henley & Associates.

Currently South Africans have visa-free access to 100 destinations, which places us on a par with the citizens of Belize, a small nation in Central America.

Japan ranks first in the latest index, with its citizens able to gain visa-free access to 191 destinations. Singapore is second with 190 destinations. Germany and South Korea are joint third (189 destinations each).

The report’s authors point out those countries with high integrity ratings, strong institutions and a stable political environment are more likely to rate highly on the index as they are able to sign more visa-waiver agreements with other nations.

“These results imply that governments associated with relatively high corruption have difficulties increasing their visa-free destinations‚ while high-functioning states are likely to have stronger passports.”

Nigeria is the country whose ranking fell the most over the past decade. Its passport was ranked 76th in 2010 and now stands at 95th in 2020. The decade’s other big African losers are Sierra Leone, Libya and Gambia.

The continual decline in the power of the South African passport will likely increase the already high number of citizens seeking a second passport for business and personal reasons.

Facilitating additional passports through various types of investment has become a thriving industry.

Mauritius is popular with South Africans because of its close proximity to home, while Portugal is also sought-after because its passport offers EU access and benefits.

Many South Africans also seek US residency via the EB-5 investment visa programme. But the process can be slow and citizenship is not guaranteed.