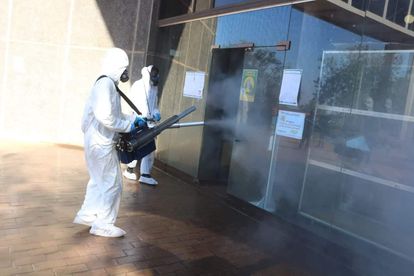 Due to the positive cases, Mopani District Municipality will close until further notice while the Greater Tzaneen Municipality has closed for a few days while dealing with fogging of the premises.

Spokesman Odas Ngobeni said on Friday that their offices will close following a confirmed case of the virus, involving an employee.

He said, “The official is now in self-isolation in line with the established protocols. The municipality is currently working with key stakeholders to ensure that all people that have had contact with her get tested.”

Ngobeni said that in order to allow them time to disinfect their facilities and do contact tracing, their offices will be closed from Friday 26 June 2020 until further notice.

He said employees will be working from home until advised to return to their work stations.

Pule Shayi, Executive Mayor of Mopani has wished the employee a speedy recovery, and also urged all employees and members of the public to remain calm.

Employee of the Greater Tzaneen Municipality found to have COVID-19

The municipality spokesman, Neville Ndlala said the employee in question took a test on 24 June and the results came back positive on 26 June. The employee is part of a group of employees who has been working from home since the beginning of lockdown.

“The employee was however in our main office on 10 June. We have begun with the process of tracing those who came into contact with the employee. The employee is currently on self-isolation,” said Ndlala.

Ndlala said the municipality has strengthened its preventative measures after the employee tested positive on Friday,

“On Saturday, our municipal offices were disinfected through fogging,” he said.

Ndlala further explained that before their staff members were allowed to go back to work, following President Cyril Ramaphosa’s announcement in May, they embarked on deep cleaning and fogging of municipal buildings in compliance with directives from the Department of Employment and Labour.

“We also put in place preventative measures for both members of the public and our employees. These measures include social distancing, sanitising, screening, and compulsory wearing of masks before entering municipal buildings. We are maintaining good hygiene standards by cleaning and sanitising our offices and equipment daily,” said Ndlala.

Ndlala said their offices of the Greater Tzaneen Municipality will open on 29 June.

“We are satisfied that the measures already implemented and those that we implement daily are sufficient for continued operations,” concluded Ndlala.

Maripe Mangena, Mayor of the Greater Tzaneen Municipality said he wishes the employee a speed recovery and urges those who came in contact with the employee on 10 June to immediately contact a health practitioner for further advice.

He said his municipality places the health and wellness of its employees and customers at the top of its priorities and will continue to do so.

“We assure members of the public that the municipality takes every effort to ensure that the public is safe.”

Also read: Gauteng’s COVID-19 crisis: These are the worst-affected suburbs