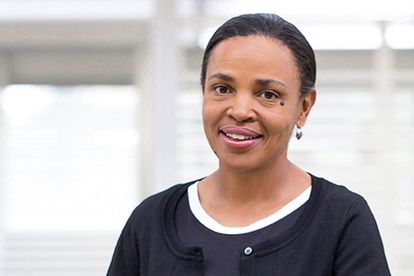 The race to appoint a chief executive at Transnet has sped up to include Portia Derby, the former wife of Brian Molefe, who himself was once the head of the state utility.

According to the Sunday Times, Derby has been identified as one of the lead candidates for the top post which could see her take the helm of the second-largest public enterprise after Eskom.

Weekend reports state that the 48-year-old co-founder and CEO of Ubu Investment Holdings is practically a shoo-in after she opted to attend an interview in 2019, along with other candidates which include Patrick Dlamini, who is the Development Bank of Southern Africa boss.

Derby one of three candidates

Derby is said to be among three candidates that Public Enterprise Minister Pravin Gordhan will present to Cabinet at a meeting for their approval.

Gordhan, who is currently under fire for his handling of Eskom and other state companies, is said to have insisted that Derby be included in the list of preferred candidates which is set to go before the board for approval with Parliament having the final say on the appointment.

While Derby was married to Molefe at one point, she did not agree on the influential and powerful role the Guptas played in Transnet and at Eskom. The wealthy family was awarded contracts worth billions, barely providing any services to the parastatals.

Derby eventually fell out with Molefe, as the former MP became cosy with the Guptas. Molefe stepped down from his Eskom post in 2017 and is the subject of a criminal investigation, along with several executives who aided in awarding lucrative contracts to the Guptas.

Her past roles also include:

She serves on the board of Metair Investments Ltd and UBANK.