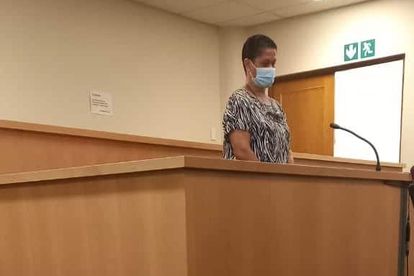 A 63-year-old clerk has pleaded guilty to 972 counts of fraud in the Port Elizabeth Specialised Commercial Crimes Court on Wednesday.

Estelle Burgess swindled the grand sum of R13,4 million over a period of ten years while she worked as a creditor’s clerk at the Eastern Cape Training Centre (ECT) in Port Elizabeth between November 2004 to September 2014.

NPA Regional spokesperson Anelisa Ngcakani said Burgess’s duties had included the capturing of payments due to suppliers or creditors and the submission of captured payment lists for authorisation and payment.

ECT used an online internet payment system to pay creditors and as the creditor’s clerk, Burgess assisted ECT’s financial manager to make these payments to the creditors.

“Only the two of them had access to ECT’s banking system, and among other duties, she created spreadsheets which included the banking details of the creditors and the amounts that were due. Burgess presented these documents to the financial manager who would then authorise the payments,” Ngcakani said.

Ngcakani had access to nine bank accounts from four different banks and some were under her name.

“Burgess fraudulently substituted the banking details of creditors and suppliers with her own.  As a result,  R13 460 236.05 was paid into her nine bank accounts. The fraudulent transfers took place over ten years from November 2004 to September 2014,” Ngcakani  said.

The law finally caught up with Burgess two years ago when the Hawks arrested her in January 2019.

State advocate Ulrike De Klerk accepted the plea as it was in accordance with the charge sheet and the police docket.

Magistrate, Nolitha Bara found Burgess, who is out on bail, guilty of all 972 counts of fraud.

The matter was postponed May 6, 2021 for the correctional supervision and probation officer’s reports.