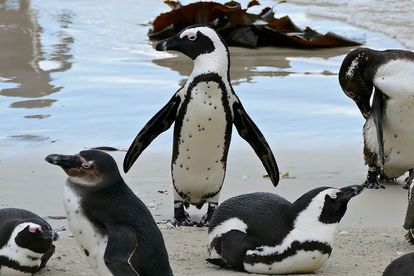 Authorities successfully managed to contain an oil spill which occurred when a cargo vessel was being refuelled in the Port of Ngqura at Port Elizabeth, the South African Maritime Safety Authority (SAMSA) said in a statement on Thursday.

SAMSA said around 360 litres of oil were extracted from the ocean off Port Elizabeth.

The maritime safety authority said it was conducting an investigation to establish why up to 400 litres of oil had spilled into the ocean earlier in July.

SAMSA said that bunkering services company, SA Marine Fuels, which was refuelling the MV Chrysanthi S had also indicated that the vessel’s owner had been found liable for the tragedy.

“It appears that the oil spill occurred after one of the fuel tank valves was not properly closed, leading to a vast amount of fuel accidentally spilling out onto the vessel and into the sea. At the time, the vessel had been supplied with as much as 1,300 metric tons of fuel,” said Bongi Stofile, SAMSA’s Regional Manager.

Stofile said the owners of the vessel, Golden Flower Navigation Incorporated, had “accepted liability for the oil spillage and made the necessary undertakings in compliance with relevant South African laws and regulations as well international conventions related to incidents of this nature”.

The vessel MV Chrysanthi S, which had been detained while the investigation was conducted, has since left Port Elizabeth after the detention was lifted.

SAMSA said that while the quick reaction and close collaboration had ensured that the oil had not reached the coastline, it had impacted on marine wildlife, particularly sea birds and penguins.

By Thursday 90 African penguins, nine penguin chicks, three penguin eggs, 12 Cape gannets and five Cape cormorants had been rescued and were being cleaned.

“It is deeply regrettable that, despite all our efforts, marine wildlife and especially endangered wildlife such as the African penguin were harmed,” said Stofile.

“SAMSA is working closely with Sanparks and SANCCOB to ensure that all affected wildlife are treated and that there is no permanent damage to them.”