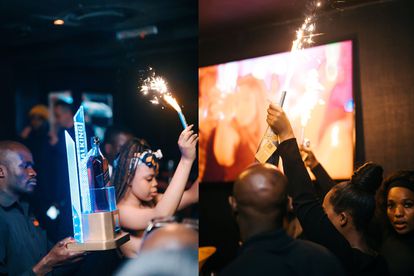 Popular Joburg nightclub Taboo has officially announced that it has shut down.

“Dear patrons, it is with great sadness that we have to officially announce the imminent closure of Taboo Sandton.

“As Taboo Group South Africa, we would like to extend our sincere and heartfelt gratitude to our staff, partners, suppliers, artists and the Sandton community who have supported us throughout the years.”

The popular Sandton club was founded by the late King of Night Clubs, Chris Coutroulis, who passed away in 2021 after spending a bit of time in hospital.

The 52-year-old businessman’s death sent a shockwave after hopes that the iconic red door would regain its footfall after the nightlife was barred by Covid-19 restrictions.

“When Chris created Taboo, his vision was that it would be a place where dreams will be made. Through the years, it cemented and left an indelible mark on the club scene, fondly known as ‘The Theatre Of Dreams’.

“Taboo Sandton has officially closed its doors, however, Chris’s vision lives on in our other TCSA establishment – ONYX”.

The defunct club, under the Taboo Group South Africa, was part of a chain of nightclubs including Onyx, and BOA in Sandton.

Fellow club boss Perry Mermigas, who hinted at the closure initially said: “Chris Coutroulis gave us 19 years of the ultimate clubbing experience and we pay tribute to him for this. We all have so many fond memories of the nights behind these doors”.

“I can still see Chris standing in front of the door with a big smile on his face as you approached the red carpet at the circle of success. That is how we should remember Taboo and its founder Chris”.

This club was famous for hosting unique events. The last event was the Taboo22 hosted by Sapphire and Tash on Saturday 9 July, and before this was The Mile High featuring DJ Fresh, Lalla Hirayama, and DJ Hudson on Friday, 10 July.

“You can look forward to seeing some exciting and world-class club experiences from the Taboo Group South Africa,” management vowed.