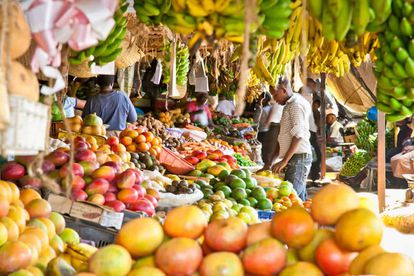 People in lower-income countries struggle to access nutrient-dense foods like fruits, vegetables, dairy, eggs, meat, and fish. This puts them at risk of wasting, stunting, and micro-nutrient deficiencies. These tend to kill people in early childhood, but also result in various nutrition disorders and slower cognitive development.

The decision-making processes that lead to poor dietary choices are undoubtedly complex. Diet is affected by culture and tradition, by nutritional knowledge, and the importance people attach to good health.

But economic factors like income and relative prices are also important. This is especially true for the poor because their food budgets are just that much tighter.

We wanted to explore this economic aspect of diet decisions. So we analysed consumer food prices for 657 products in 176 countries surveyed by the World Bank’s International Comparison Program. The aim was to understand the global food system from poorer consumers’ perspective by examining the “relative caloric price” of any given food: How much consumers must fork out for healthy versus unhealthy sources of calories.

Our analysis of these relative caloric prices yielded a striking result.

This means that in less developed countries poor people also live in poor food systems. Nutrient-dense foods like eggs, milk, fruits, and vegetables can be very expensive in these countries. That makes it harder to diversify away from nutrient-sparse staple foods like rice, corn, and bread.

The problem in more developed countries is rather different. Unhealthy calories have simply become a very affordable option. In the United States, for example, calories from soft drinks are just 1.9 times as expensive as staple food calories and require no preparation time.

The fact that relative food prices differ so markedly and so systematically provides a very strong rationale for nutrition-focused food policies. Governments’ food policies prioritise the incomes of farmers and the profits of food producers and retailers. Instead, they should be designing their food policies with consumers’ nutrition and health outcomes as their top priority.

Niger is one of the world’s poorest countries. People’s staple foods include rice, bread, or corn. Eggs would be a useful nutrient boost as they are dense in high-quality protein and a wide range of micronutrients. This makes them a superfood ideal for young children and pregnant mothers especially.

Our findings are consistent with the so-called nutrition transition: As countries develop, diet can diversify into more nutritious foods (though sometimes slowly). But they also diversify into unhealthy foods like soft drinks.

So what is it about the global food system and the process of economic development that delivers the wrong price of healthy and unhealthy foods in so many settings?

Part of the answer lies in the foods themselves. Sugar is very dense in the basic calories needed for survival and adequate energy; green leafy vegetables are rich in micronutrients but don’t offer much energy, so they’re expensive in caloric terms.

Hence when money is tight, poor consumers find cheap sugar-dense foods very appealing, and food manufacturers see sugars as a very cheap way of getting both flavor and calories into their products.

The perishability of foods is also a hugely important determinant of relative prices. Eggs and fresh milk can’t easily be traded over long distances. Egg production is low in Niger, because poultry production in African countries faces major problems with disease, low technology and poor access to capital.

In principle, Niger could just import cheap eggs from the US but that’s not an option for a highly perishable and fragile food like eggs. On the other hand, countries can import less perishable foods like beans, nuts, milk powder, or frozen meat and fish in improve diet options.

Differences in the costs of healthy and unhealthy calories are therefore partly determined by the nature of the foods themselves, and partly by local productivity levels and whether the food can be cheaply traded. These complexities mean that different strategies are needed for different kinds of foods in different countries.

Clearly the main food system problem for consumers in poor countries is the high price of healthy foods.

For perishable foods that cannot easily be traded it will be essential to increase investment in agricultural research and development to improve productivity of nutrient-dense foods.

For the developing world perhaps the most important multilateral institution for agricultural research is the Consultative Group on International Agricultural Research (CGIAR), which helped produce the Green Revolution super crops in the 1960s and 1970s, such as high-yielding rice, wheat, and maize varieties. But the CGIAR hasn’t invested anywhere near as much in nutrient-dense crops and livestock or fish.

This same bias towards staple foods is also true for developing country governments, who all too often remain fixated on the supply of their most basic staples. That needs to change.

For more tradable foods, countries need to review their import policies to ensure they’re not taxing foods that consumers need to eat more of. Not every country needs to be self-sufficient in dairy, for example. Milk powder is super nutritious and very tradable, and can be often be mostly imported from high-productivity exporters like New Zealand and the US.

And for all types of foods that need to be included in a healthy diet, improvements in infrastructure and the broader business environment should also help to improve storage, trade and processing of healthy foods.

The low and often declining cost of unhealthy foods is a much trickier issue to grapple with when discussing diet. Taxes on unhealthy foods may be one solution. But the caloric cheapness of sugars and oils and fats is very striking, and we suspect there might be more traction in nutrition education and supply-side regulations such as food labelling.

Smita Aggarwal, a senior media relations specialist at the International Food Policy Research Institute, co-authored this article. This article is republished from The Conversation under a Creative Commons license. Read the original article.