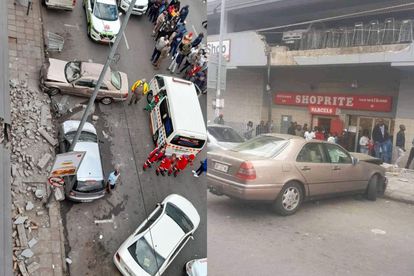 A vehicle fell to the ground in Polokwane on Friday. Photo: Facebook/Polokwane Municpality.

A vehicle fell to the ground in Polokwane on Friday. Photo: Facebook/Polokwane Municpality.

A vehicle crashed through the wall of a floor parking lot at a shopping centre in the Polokwane CBD on Friday, 24 June and rerouted traffic in the area.

According to reports, the car drove through a second-storey wall at high speed and fell to the street below where onlookers gathered around the wreck. The municipality said the vehicle had only one occupant.

Polokwane traffic spokesperson, Kgaogelo Mphago, confirmed that the driver sustained injuries. No deaths were reported despite social media posts to the contrary.

“The driver of the vehicle has sustained injuries and no fatalities have been recorded. Police and emergency services are on the scene,” Mphago said to local publication, The Polokwane Review.