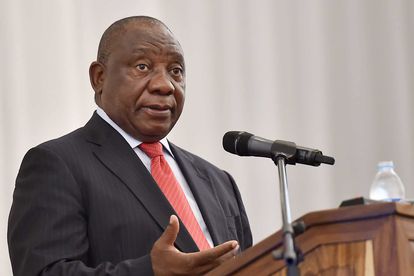 It has been a mix bag of responses, over President Cyril Ramaphosa’s latest address to the nation. Ramaphosa announced slight adjustments under Level 1 of the lockdown, as a measure to prevent a possible third wave of COVID-19 infections, as a result of the Easter weekend.

Alcohol will be banned for four days (from Friday, 2 April until Monday, 5 April), but on-site consumption will still be permitted – so you can still enjoy a glass or two at a restaurant and other establishments serving booze.

Also under the new restrictions is the limit on religious gatherings. Only 250 people will be allowed indoors and 500 outdoors, or no more than 50% of the venue capacity.

DA: The alcohol ban is ‘unscientific’

The Democratic Alliance (DA) has slammed the four-day ban on alcohol, questioning the rationale behind President Cyril Ramaphosa’s decision. DA leader John Steenhuisen has emphasised that the prohibition could worsen things for the sector and put more livelihoods at risk.

“Imposing a restriction on off-site alcohol sales for four days around Easter is not only entirely unscientific, it also places an unnecessary further strain on the livelihoods of those who make their living in this sector. This is the action of a government completely out of ideas and out of touch with the plight of its citizens. A government whose own generous salaries are not affected by its arbitrary decrees”

The DA further said the ban was just the ANC-led government trying to cover up the fact that it has fallen short, as far as the COVID-19 vaccination rollout is concerned.

“Why alcohol, and why now? Last year, when they introduced alcohol bans, we were told this was to spare hospital beds. Yet very little was done since then to augment hospital capacity in eight of our nine provinces,” Steehuisen said.

On the other hand, the Inkatha Freedom Party (IFP) has welcomed Ramaphosa’s announcement, but did express concern over the pace of the vaccination rollout.

“We felt that the president was quite measured and balanced so far as the announcement that was made, given the fact that it was also short notice for South Africans who had already made plans for the upcoming weekend. So anything drastic would have been an inconvenience and would have set into motion, an economic disruption,” the party’s Nkhuleko Hlengwa said in an interview with the SABC.