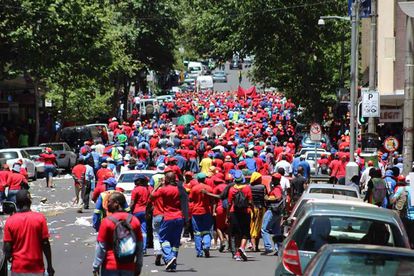 A spate of violent attacks in Limpopo, the latest of which has left one person dead, is the direct result of the VBS mutual bank corruption saga.

This is according to the South African Municipal Workers’ Union (SAMWU), which has spearheaded the battle against those implicated in the wanton looting of VBS mutual bank. The organisation’s General Secretary, Simon Mathe, issued a statement in the wake of the latest shooting, noting that those targeted in the attacks led the charge to have Mayors and other political representatives removed from office as a result of their sordid involvement with VBS.

On Wednesday evening, Limpopo Deputy Provincial Secretary of SAMWU, Roland Mani, was shot down in cold blood; killed just minutes after attending a meeting at the Vhembe District Municipality in Thohoyandou.

Mani’s murder was not an isolated incident. Days prior, an employee of the Vhembe District Municipality and former SAMWU Limpopo Chairperson, was the victim of a botched assassination attempt. Timson Tshililo, who was also outspoken on the issue of corruption pertaining specifically to the VBS saga, was wounded during the attack. He is currently recuperating in hospital.

Mathe explained that the recent attacks on SAMWU members are part of a broader assassination plot, aimed at silencing those who dare to speak out against corruption in the province. The union said:

“We are definitely convinced that the two shootings are related as both victims are employees of the Vhembe District Municipality and have been in the forefront of protests which led to the removal of Mayors who illegally invested money with the now liquidated VBS Mutual Bank.

These shootings also happen just as the union was preparing to intensify its campaign for more accountability and removal of more people who were responsible for these illegal investments which costs municipalities almost R1. 5 Billion.

No amount of violence will deter the union from exposing corruption at municipal level, corruption which had severely affected service delivery.”

In an attempt to quell the violence and bring the perpetrators to book, the Limpopo Provincial Commissioner has assembled a task team to investigate the killing of Mani and other related attacks.