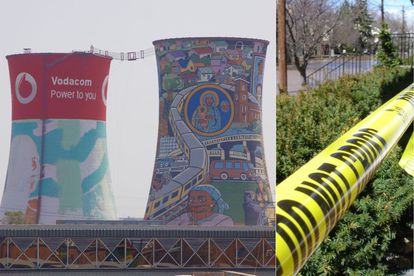 A 25-year-old man was shot multiple times in Orlando before dying, police believe the incident may be linked to taxi violence. Photo: Jean Michel and rickonine / Flickr

A 25-year-old man was shot multiple times in Orlando before dying, police believe the incident may be linked to taxi violence. Photo: Jean Michel and rickonine / Flickr

The Johannesburg Metro Police Department has confirmed that a person has been killed after he was reportedly shot at multiple times in Orlando, Soweto on Tuesday, 2 August.

A 25-year-old man was shot and killed

Reports have revealed that a 25-year-old man was shot a number of times near Zephania Mothopeng Street. While the motive for the brutal attack is currently not clear, police believe it may be linked to taxi violence.

These are the alternative routes for motorists

Another protester shot and killed in violent Thembisa protest [Update]

It is believed that several vehicles have been set alight and that the Customer Care Center was also torched. Metro police spokesperson Kelebogile Thipa told the media Campbell was supposed to meet with residents and give feedback on their memorandum of demands.

They have been demonstrating since Sunday night, completely blocking Hospital Road. Police could not yet provide more information about the two shootings. Police earlier told the media it’s not yet clear whether metro police are responsible for the first shooting. Read the full story here.

Tembisa residents have been told to continue with their protest against the high electricity bills despite a meeting scheduled for Friday.

Residents of the community took to the streets in violence on Monday afternoon, demanding to meet with Ekurhuleni mayor Tania Campbell over their disputed utility bills. A WhatsApp voice note is doing the rounds on Monday night alerting residents that the strike continues.

In the voice note, a man says the instruction for the protest’s continuation comes from the Tembisa Community Forum (TCF). Read the full story here.