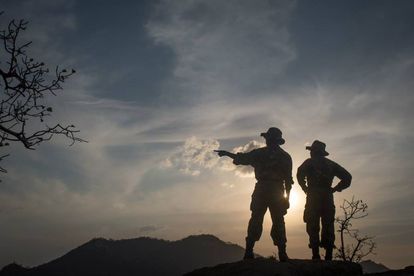 The Democratic Alliance (DA) will continue to push for a multi-departmental intervention in the Jozini region, the party said, after a poacher shot an SAPS police officer in the face on Monday.

DA member of the provincial legislature and spokesperson on Economic Development Tourism and Environmental Affairs (EDTEA), Heinz de Boer, said that the officer had allegedly been pursuing an illegal gill netter when he was shot and critically injured.

“The incident comes amid ongoing poaching in the Pongolapoort Dam, where thousands of fish are being netted each week,” de Boer said.

“That criminals would be so brazen as to shoot a SAPS officer points to a major threat to the area. Clearly Ezemvelo KZN Wildlife (EKZNW), the SAPS and Department of Water Affairs needs a major intelligence-driven operation to unearth the syndicate operating in the area and protect the only South African dam that stocks the ferocious Tiger Fish,” he added.

Tiger fishing and the associated tourism they species attracts remains one of the largest economic drivers within the entire Umkhanyakude District,  a region which is already ranked as one of the poorest in South Africa.

“The DA has already consulted with KZN Economic Development, Tourism and Environmental Affairs (EDTEA) MEC, Ravi Pillay, on the matter. We have insisted that that he and his Department tackle the issue with the appropriate speed and efficiency. The safety and lives of all residents and the economic sustainability of this region is now a non-negotiable,” de Boer said.

“An official from the Metro Protection Services saw four men jumping into a vehicle and leaving not far from the crime scene and he followed them. The men were stopped and questioned about the deceased. They denied having any knowledge of murder. The metro official took down their details before the four men left,” she said.

“An investigation conducted by detectives on the crime scene led police back to the four men who were spotted leaving the vicinity of the crime scene. The suspects were arrested at their homes,” she said.

She said police seized a vehicle that was allegedly used in the commission of the crime.

She said the four suspects, aged between 30 to 39 had been charged with murder and were expected to appear in the Verulam Magistrates Court