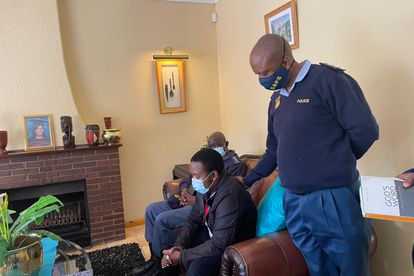 The Minister of Police Bheki Cele paid a visit to the families of two women officers that were attacked at a shop in Tembisa, Ekhurhuleni, on Thursday, 26 August. Sergeant Mogale and Sergeant Petjie were attacked by unknown suspects and Mogale was tragically killed.

The police ministry’s spokesperson Lirandzu Themba said the death of Mogale was “yet another devastating blow” to the South African Police Service (SAPS), especially in women’s month.

Officers Mogale and Petjie were attacked and disarmed by the unknown suspects inside a retail store in Tembisa on Thursday.

“The suspects shot officer Mogale in the head before making off with both of the officers’ service pistols. Petje was not injured during the attack,” said Themba.

“The family will try to be brave and soldier on, especially for the kids,” said Mogale’s husband to the police.

Cele called on SAPS to leave no stone unturned in the hunt for the suspects responsible for the killing and said that even though the incident could have led to the death of two officers, it does not bring comfort that one survived.

“What would bring comfort is catching these guys, as instructed,” said the police minister.