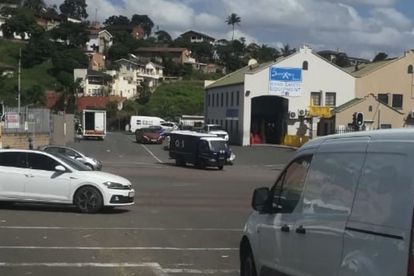 A pair of hopeful criminals thought they could chance fate and win big on Tuesday by stacking the deck with their own attempt at a cash-in-transit heist in Durban. The unsuccessful duo are now on the run evading the consequences of their actions while police are on the hunt.

The stormtroopers tasked with protecting the armoured vehicle were withdrawing money from an ATM at the private-owned business premises when the suspects made their move.

Shots were fired by the failed felons, however, no injuries were reported.

Police confirmed the incident and that a case was opened and being investigated by the Greenwood Park Police Station. A manhunt is currently underway to apprehend the individuals.

According to South African Police Service (SAPS) crime statistics for the third quarter of the 2021/22 financial year, the total reported number of crimes over October to December 2021. declined by 3.3%.

Police Minister Bheki Cele put the decline down as the result of reported crimes, as well as a reduction in the number of crimes detected through police activity.

Provincially, Gauteng reported the most number of crimes with 107 815 cases opened by the community. Followed by the Western Cape with 72 547 cases, and KwaZulu-Natal with 61 605 cases.

Specifically, cash-in-transit heists for KwaZulu-Natal had increased by 40% when compared to previous years. The heists are considered a subcategory of aggravated robberies which increased by a total of 5.2% in the province.