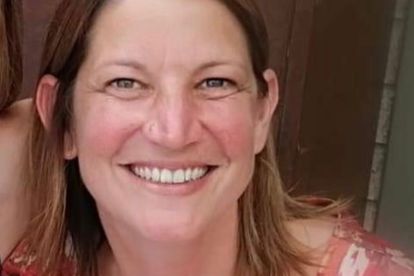 Police said the 45-year-old mother of two from Gqeberha is still missing. Her car was found abandoned at the beginning of the year.

“It is alleged that the last contact with Sylvia was on 30 December 2021, when her ex-boyfriend, Kevin Crouse had a telephonic conversation with her.

“A missing person’s report was opened with the police on 2 January 2022 after her vehicle, a silver KIA Picanto was found abandoned at Sacramento in Schoenmakerskop. It is suspected that the vehicle was parked there for about two days.”

Police said it is also alleged that she left home with a blue backpack with the words ‘Iron Kids’ written on it.

“It was also established that she may have taken her late grandmother’s ashes with her. The ashes were in a very small container with a floral picture on the lid.
Sylvia has a distinctive tattoo on her right arm.”

Police spokesperson Colonel Priscilla Naidu said the search for Sylvia has intensified as the case has been assigned to a seasoned detective officer to find her.

“D/Const Ridwaan Baatjies of SAPS Humewood detectives has taken over the investigation and will be probing every possibility that led to her disappearance. Although a missing person’s report is currently being investigated, police have not ruled out suicide or foul play,”

Police are appealing to anyone who could assist in tracing Sylvia or may have any information, no matter how irrelevant one may think it is, to contact D/Const Baatjies on 073 1303018 or Crime Stop on 08600 10111 or their nearest police station. All information is confidential and callers may remain anonymous.