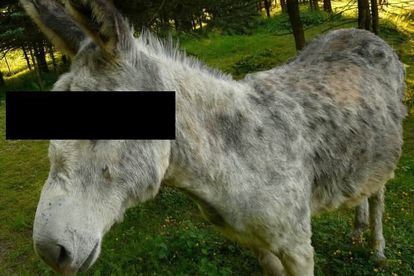 Well this is quite some story by the BBC.

Only a lack of horsepower prevented thieves from taking a stolen luxury car across the South African border to Zimbabwe.

A Mercedes Benz Sedan was harnessed by police while being dragged across the largely dry Limpopo River by donkeys, who must not have herd them coming. [Ed’s note: In case you didn’t get it, the spelling error is intentonal]

Brigadier Motlafela Mojapelo said: “The suspects were using donkeys to pull the car across the river‚ but our members were just in time to pounce on them after the donkeys were apparently no longer able to pull it through the sand.”

It’s not the first time would-be robbers have engaged in this horseplay, with a similar plot foaled in December last year.

In this case the criminals fled into undergrowth on the Zimbabwean side of the border, with the police yet to make any arrests.

Illegal immigrants crossing the border at weak points has become a regular feature over the years.

This latest incident will no doubt spark renewed fears over the movements of drug mules in the area.

Police were congratulated on their efforts by Minister Fikile Mbalula, who has been in the saddle since 31 March.

With no human suspects in custody, a decision could be made to prosecute on the hoof, with the animals involved finding out that the law’s an ass.