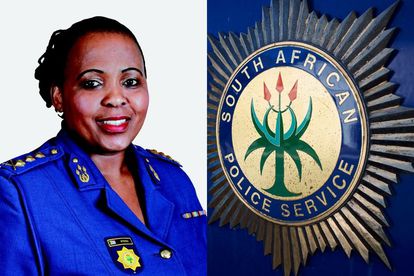 The national police commissioner cleared Lieutenant General Lineo Ntshiea who is alleged to have faked her name and credentials. Photos: Twitter and Pexels

The national police commissioner cleared Lieutenant General Lineo Ntshiea who is alleged to have faked her name and credentials. Photos: Twitter and Pexels

A Lieutenant General of the South African Police Service (SAPS) has had her name and credibility besmirched after allegations circulated that the top cop has used a fake name and lied about her qualifications.

A NOT SO TOP COP

Ian Cameron the director of community safety at civil lobbying group Action Society South Africa took to Twitter to share the allegations. Cameron boasts a following of close to 34 000.

However, he did provide the disclaimer that the contents of the tweet about the police officer were as he received. At the time of the tweet, it was the best information he could share as police requests had gone unanswered.

The allegations took aim at top cop Lieutenant General Lineo Ntshiea. Nshiea is the Divisional Commissioner of Human Resource Management for the police.

“It is claimed that she comes from Lesotho and that the surname, ‘Ntsiea’ is not her real surname. She also does not have the qualifications she claimed to have during her appointment,”

Masemola received the findings of a departmental inquiry into allegations.

“The unsubstantiated allegations which are serious and defamatory in nature, are contained in an anonymous message that has been doing the rounds on various social media platforms,”

The police general says the inquiry revealed no adverse findings against Ntshiea.

“All senior and executive managers of the police are subjected to security vetting processes. Members of the public are cautioned to refrain from making unsubstantiated claims as these lead to wasteful expenditure on resources utilised in such investigations, where these resources could have been channelled to the core policing business,”

Masemola issued a warning that police will pursue the distributors of “baseless” allegations to reclaim the costs incurred to investigate falsified allegations.