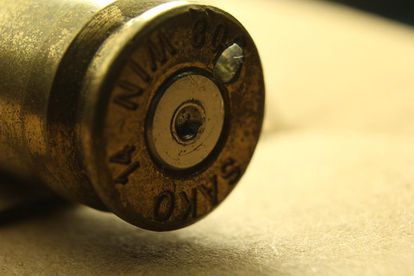 Police probe the killing of a councillor and his son in Eastern Cape. Photo: Pixabay.com

Police probe the killing of a councillor and his son in Eastern Cape. Photo: Pixabay.com

The Eastern Cape Police Provincial Commissioner, Lieutenant General Mene has ordered the activation of a 72-hour mobilisation plan to trace and find at least two suspects after the murdering of a councillor and his son.

The slain councillor in the iNgquza Local Municipality and his son were fatally shot at their homestead in Slovo Park, Lusikisiki last night, Friday, 16 September.

Police spokesperson Brigadier Tembinkosi Kinana said: “On Friday evening, 16 September 2022 at about 20:30, it is alleged that at least two unknown armed men stormed into the homestead of a 49-year-old councillor in Slovo Park, Lusikisiki, and opened fire”.

Kinana says the report further suggests that the suspects fatally shot the 18-year-old son of the councillor, and seriously wounded the councillor, who later died in hospital.

He added that the motive for the attack is currently unknown, however, the circumstances surrounding the incident are forming part of the investigation.

“The names of the deceased persons are still being withheld until the next of kin are informed.”

He further detailed that now police are investigating two murder cases and no arrests have been made at this stage. The investigation continues, he added.

LAW ENFORCEMENT CALL FOR ANYONE WITH INFO TO COME FORWARD

“Anyone with information that can lead to the arrest of the suspects is urged to please contact the nearest police station. The information may also be shared via Crime Stop number on 08600 10111 or through MySAPS App,” he urged.

At least five suspects are facing the music following his brutal death. The exact motive for his death is yet to be known.