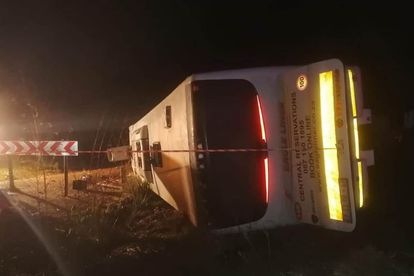 Violent protests in Plettenberg Bay have claimed their first victims, when, in the early hours of Friday morning, a bus loaded with passengers overturned after it was forced to divert from the N2 highway.

The Bitou municipality has been embattled by vicious disruptions, now entering its fourth day. The protests, which began on Tuesday evening, are ostensibly connected to ongoing disputes regarding inadequate service delivery and a lack of adequate housing. The community of Qolweni took to the streets, barricading the N2 highway with burning tyres and debris.

Despite a heavy police presence, the dissidence has persisted and even intensified. On Wednesday, protesters attempted to march to the nearby settlement of KwaNokuthula. Law enforcement agencies were forced to disperse rubber bullets in the crowd. On Thursday, the situation became even more volatile, when some protesters attempted to halt a cash-in-transit van.

The Bitou municipality issued a statement regarding the sordid state of affairs, saying:

“Throughout the day, the police quickly responded to every incident where the protesters from Kranshoek tried to close the Robberg/Airport roads.

More resources will in all likelihood be deployed should the protest persist.

Midday, even an attempted cash in transit heist of a SBV vehicle by Qolweni protesters in the Plettenberg Bay industrial area was foiled by police and private security officials, including the SBV security team.

The police, however, was too late to stop the looting and ransacking of a popular local entertainment venue, Spotlight Nightclub; also located in the industrial area.”

The stretch of N2 highway between Shell Ultra City and KwaNokuthula, in both directions, has remained closed, along with all municipal offices in the area.

Traffic has been diverted via the Airport-Robberg road from Knysna and through Plettenberg Bay town from the direction of Port Elizabeth.

This diversion has caused massive disruptions for motorists and commuters. Sadly, it also led to an accident which has claimed the lives of at least three people and left 43 other injured.

According to eyewitness reports, an Eagle Liner bus, transporting passengers in the direction Port Elizabeth, was diverted off the N2 in the early hours of Friday morning. Moments later, the driver of the vehicle lost control on the Airport-Robberg road, overturning the bus on a roadside embankment.

Authorities on the scene reported that the injured passengers had been transported to a nearby hospital, while others had been housed at a community centre.

“An accident involving a bus occurred just after 3am on the Robberg/Airport road; just after the Harkerville Primary School. 43 patients, with multiple injuries has been transported to various hospitals and 23 passengers to the Plett Community Church.

Three fatalities has been reported thus far. Apparently the driver of the Eagleliner lost control in a bend due to wet road surface conditions following rain overnight.”