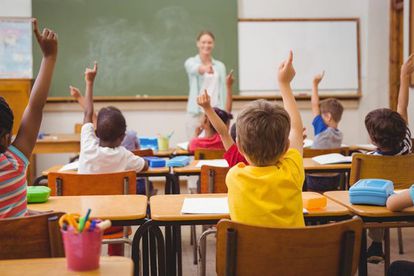 Learners in a classroom. Image via Twitter/@our_DA

Learners in a classroom. Image via Twitter/@our_DA

The South African Council for Educators (SACE) is investigating circumstances surrounding the death of a Grade 9 learner from PJ Simelane Secondary School in Dobsonville, Soweto on 16 August 2022.

It is alleged that the learner was discriminated against for his sexual orientation by a student teacher in class during an oral presentation in full view of other classmates. The learner did not come to school the following day and committed suicide at home.

The Gauteng Department of Education has withdrawn the said student teacher from her duties and an investigating officer from SACE has been appointed to probe the matter.

According to Gauteng Department of Education spokesperson, Steve Mabona, the SACE investigator has already interacted with District officials to assist with the investigation.

A Safety Coordinator has reportedly been dispatched to the school for support regarding bullying, safety, and advocacy on gender-based issues.

Mabona said the department’s Psycho-Social Unit also deployed a team of eight psychologists to provide counselling to learners at the school.

Gauteng Department of Education MEC, Panyaza Lesufi conveyed his sincere condolences to the family and the school community.

“We strongly condemn any discrimination by both learners and educators, and we wish to remind all schools that any form of abuse will not be tolerated in our environment,” Lesufi said.

This week, the South African Human Rights Commission (SAHRC) also confirmed that it is investigating the circumstances that led to the learner commiting suicide.

The SAHRC said the investigation into the learner’s death would be concluded by March 2023. The Commission pointed toward all stakeholders being involved in its investigation, this includes the school, parents and the Department of Education.