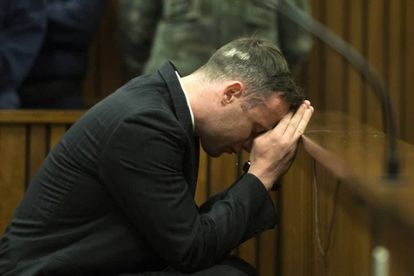 Oscar Pistorius, who is serving a six-year jail term for killing Reeva Steenkamp, received emergency treatment yesterday for injuries to his wrists.

The cuts on his wrist prompted speculation that he attempted suicide in his cell at Kgosi Mampuru prison in Pretoria.

The Paralympian claimed the injuries were a resulting of falling out of his bed and denied any rumours of a suicide attempt.

An inmate told City Press that Pistorius had intentionally injured himself, and two warders reportedly found razor blades in his cell following the incident.

According to prison officials, Pistorius was taken to a private hospital around 12:30pm and later returned to prison.

“He had bad cuts on his wrists and the doctors kept wrapping bandages around them,” a security guard at Kalafong Hospital told City Press.

According to the publication, Pistorius was returned to prison in a three-car blue-light convoy, driven by officials wearing balaclavas.

Carl Pistorius, Oscar’s brother, tweeted that reports saying Oscar had tried to kill himself were “untrue and sensational”.

“He slipped in his cell and injured himself, nothing serious,” Carl wrote. 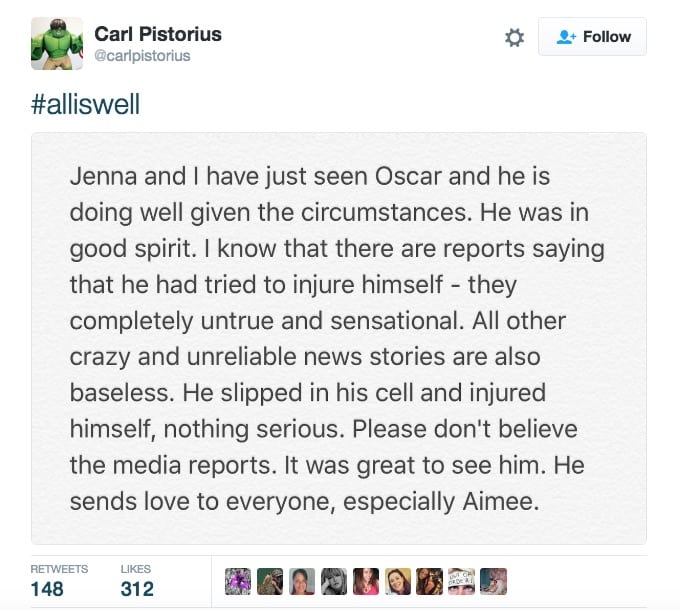 This incident follows reports that guards raided Pistorius’s cell three weeks ago and found a pair of scissors, prescription drugs and anti-depression pills.