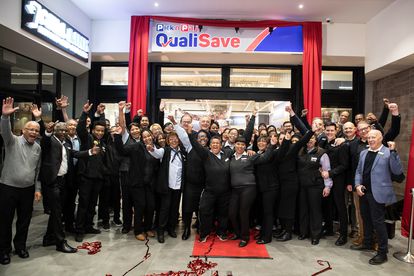 Pick n Pay QualiSave – which was originally named Pick n Pay Red when it was launched in May – is aimed at providing South Africa’s middle-income market consumers with lower-priced quality products, under the pledge “where prices look better”.

This follows the group’s announcement in May that it would reorganise its stores into two brands: Pick n Pay which will serve more affluent consumers and Pick n Pay QualiSave which will cater to consumers in the growing middle market through lower prices.

The group confirmed the aim is to convert around 40% of its Pick n Pay stores into QualiSave outlets.

The new Pick n Pay QualiSave stores will offer 8 000 products across different categories such as meat, fresh produce and bakery and some essential items.

The QualiSave stores will be rolled out across the country from September and will be revamped to differentiate them from Pick n Pay outlets.

“Pick n Pay supermarkets will have a strong focus on fresh and have been designed to create a more aspirational shopping experience complete with more space between aisles and sections giving the sense of a ‘shop-within-a-shop’ experience.

“Through Pick n Pay QualiSave, we are focusing on what a growing number of customers want in the important middle market, while remaining entirely true to the Pick n Pay brand and values,” said Pick n Pay CEO Pieter Boone in a statement.

READ | MASSIVE STRIKE TO GO AHEAD NEXT WEEK IN SA: THE SIX MAIN GRIPES