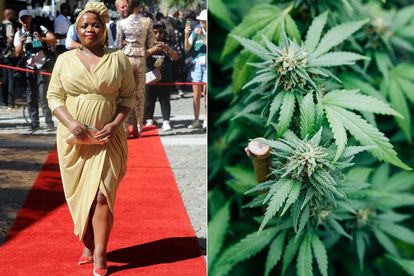 Former Democratic Alliance MP Phumzile Van Damme has openly shared her support for the Cannabis for Private Purposes Bill’s amendments. Van Damme took to Twitter on ‘Weed Day’ to stand in solidarity with those celebrating 420.

Former DA MP supports the rights of others

While Van Damme says she doesn’t partake in dagga usage, she supports the rights of people to buy and smoke.

“I see Parliament is currently considering amendments to the Cannabis for Private Purposes Bill. The liberal in me says – legalise it! I don’t partake myself but for those who do – I support your rights to buy and smoke. #420,”

What is the Cannabis for Private Purposes Bill?

The Bill was first published for comment two years ago. It outlines regulations that guide weed users and cultivators. Parliament’s portfolio committee on justice and correctional services debated the proposed amendments.

If the amendments to the Bill are passed, it would make provision for the use of dagga for palliation or medication, the cultivation, possession and supply of marijuana plants and weed by cultural or religious communities or organisations for cultural or religious purposes and commercial activities in respect of recreational cannabis.

Other proposed amendments include educational campaigns about the risks and dangers associated with recreational ganja usage. Laws will also be tightened regarding dagga which will make it inaccessible to people below the age of 18.

Criminal liability will be placed on persons over the age of 18 who cultivate cannabis and fail to implement reasonable measures to ensure the plant is inaccessible to those under the age of 18.

The Bill also makes provisions for the prohibition of advertising and promotion of cannabis in terms of recreational usage. Special measures are also proposed for the use of cannabis in cultural and religious settings.

South Africans have until 13 May 2022 to make submissions on the proposed Bill amendments.