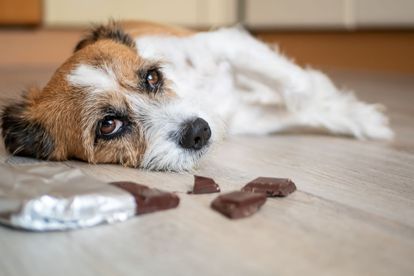 Reaction Unit South Africa (RUSA) is urging anyone with information regarding a man believed to be having sex with dogs to come forward.
Image: Adobe Stock

Reaction Unit South Africa (RUSA) is urging anyone with information regarding a man believed to be having sex with dogs to come forward.
Image: Adobe Stock

Private security company, Reaction Unit South Africa (RUSA) is on the lookout for an Indian man believed to be engaging in sex with dogs (RUSA) in Durban.

MAN BELIEVED TO BE ENGAGING IN SEX WITH DOGS SOUGHT

The organisation was alerted to advertisements placed on the AdsAfrica Website Personals in the Durban & Johannesburg area.

The man requested pet owners to offer their female dogs for sex. They were also offered the option to watch.

RUSA said it was initially believed that the advertisement was a hoax until several animal lovers made contact with the man who informed them that it was a genuine request.

“Several attempts by animal welfare organisations to locate the man’s exact address were unsuccessful. From telephonic conversations & social media chats, it was established that the suspect is currently engaging in sex with other animals.

“A criminal case of beastiality will be registered by Cinderella Animal Rescue. If anyone has any information on this suspect, please call Reaction Unit SA on 0861234333.”

SPCA SEARCHES FOR CAPE MAN WHO ‘ABUSED’ A GOAT

Earlier this month, the Cape of Good Hope SPCA offered a R6000 reward for anyone with information on a man who committed a sadistic sexual act of violence on a pregnant goat.

Spokesperson, Jaco Pieterse said the contents of the footage were too horrific and cruel to describe.

The perpetrator reportedly climbed over the kraal fencing and performed sexual acts on the pregnant goat.

Pieterse said they cannot believe that any person would engage in sexual activities with an animal, let alone in such a cruel and inhumane manner.

The goat was brought to the SPCA the same day the incident happened and underwent veterinary examination and treatment.

ALSO READ: SPCA offers reward for a man who had sex with a pregnant goat