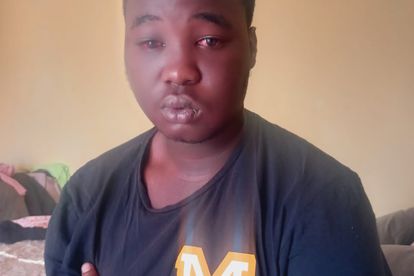 An 18-year-old was allegedly beaten up in Phoenix. Image via Twitter/@Leko3

An 18-year-old was allegedly beaten up in Phoenix. Image via Twitter/@Leko3

An 18-year-old has vowed to never set foot again in Phoenix, north of Durban KwaZulu-Natal (KZN) after he sustained severe injuries when he was allegedly beaten by a group of men.

Phoenix was in the spotlight for alleged acts of racism during the July unrest in 2021. Previously, Police Minister Bheki Cele, said people were hacked and died of gunshot wounds in Phoenix as racial tensions intensified in the area between Black and Indian people.

18-YEAR-OLD ALLEGEDLY BEATEN UP IN PHOENIX

The incident happened last week and the 18-year-old boy alleged that a group of men approached him at a petrol station and asked what he was doing there at night. They then began assaulting him.

Sharm Maharaj the Convenor of Ubuntu Forum in Phoenix that was set up after the July unrest to address the racial tensions in the area labelled the incident as a criminal element that took advantage of the tensions that engulfed the area last year.

CALLS FOR SOCIAL COHESION AND NON-RACIALISM

In June, KZN Premier, Sihle Zikalala, hosted a social cohesion dinner and called on members of the public to become ambassadors of a non-racial society.

Zikalala added that the way in which people speak to each other and about each other should include understanding non-racialism.

When testifying before the South African Human Rights Commission (SAHRC) in June KZN Economic Development MEC Ravi Pillay said it was too early to label Phoenix murders as a massacre.

Pillay also touched on missing information about the alleged 80 deaths and said they contest the narrative however, they do not contest that the incident was a horrific and painful one.

“We believe that there is nothing better than the actual truth. It must be dealt with, whatever the case is. But in the absence of that information, we contest that particular narrative but we do not contest that this was a horrific incident, it was very painful. The brutality of certain incidents were clearly viewed with horrendous racism, we don’t dispute that.”