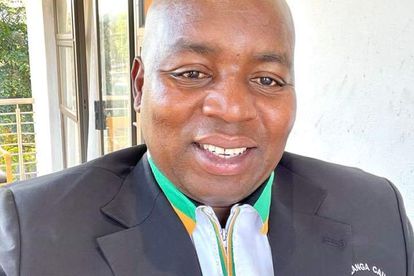 Philemon Lukhele, one of the accused in the murder of Hillary Gardee’s murder.
Photo: Twitter

Philemon Lukhele, one of the accused in the murder of Hillary Gardee’s murder.
Photo: Twitter

The African National Congress (ANC) in Mpumalanga has withdrawn the membership of murder-accused Philemon Lukhele.

Lukhele is one of the accused in the murder case of Hillary Gardee. Together with Sipho Nkala and Mduduzi Nkala they were charged with conspiracy for murder, kidnapping, rape, murder, possession of firearm and defeating the ends of justice

The ANC said that its probe shows that Lukhele obtained his membership irregularly and that he is not a South African citizen and cannot hold membership.

This week, Philemon Lukhele was suspended from his duties as manager of the Mpumalanga Chief Whip’s office just days after his court appearance.

Lukhele will remain behind bars for the next four weeks, and the provincial branch of the ANC has decided to distance itself from the murder-accused.

According to the EFF, Lukhele, asked to send condolences to the Gardee family, claiming to know the family personally.

ACCUSED HAS HISTORY OF VIOLENT BEHAVIOUR

This week, Sipho Mkhatshwa’s family revealed that he has a history of violently terrorising its members.

Just before his arrest, Mkhatshwa was served with a protection order because of his violent behaviour towards his family members in Driekoppies, Mpumalanga which includes house breaking.