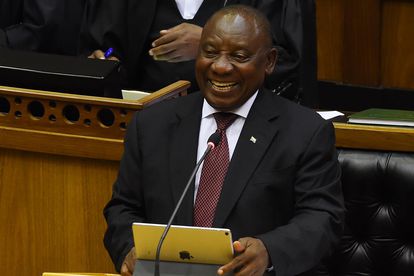 The Democratic Alliance (DA) has accused the African National Congress (ANC) in Parliament of failing in its Constitutional obligations by protecting President Cyril Ramaphosa and his cabinet from accountability and scrutiny about alleged abuse of public resources and institutions on his Phala Phala game farm.

This after the ruling party voted against the DA’s motion to establish an ad hoc committee that would have investigated matters surrounding the alleged theft at President Cyril Ramaphosa’s farm.

As previously reported, when burglars targeted the Phala Phala game farm they allegedly found $4 million in cash that was concealed at the property. Ramaphosa then failed to report the incident to the police, raising suspicions that the dollars were ill-gotten.

Opposition parties have been calling for Ramaphosa and other role players to be held accountable over the Phala Phala scandal, however, the president has managed to ‘dodge’ questions surrounding the incident and investigations are reportedly ongoing.

On Wednesday, 28 September, all opposition parties voted in favour of the motion, the ANC and the Good Party voted against it. DA Chief Whip, Siviwe Gwarube said the ANC is beyond the point of self-correction.

Gwarube said it is truly a sad day in the country’s democracy when a logical motion meant to enable members of parliament to do their work is shot down due to narrow political interests.

“This is the same as the ANC in the 5th Parliament who protected former President Jacob Zuma and his ministers from being held responsible for Nkandla and State Capture.”

Furthermore, the DA said Parliament must be a bipartisan platform where decisions are based on principle and the rule of law and not dictated to by ANC factional battles.

“As Members of Parliament, we had a unique opportunity to fulfil our constitutional obligations of holding the executive to account, but the ruling party has shown its disdain for the institution once again.

“History will judge every MP who voted against accountability harshly. In effect, a vote against this motion was a clear message to the people of South Africa that there are a set of rules for the ANC and the politically connected; while there is a different set of rules for ordinary people.”