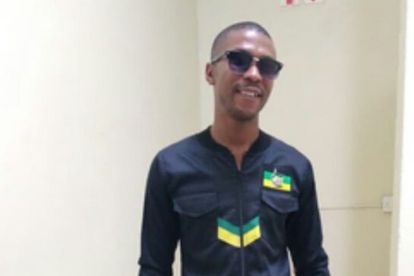 The Directorate for Priority Crime Investigation – better known as the Hawks – announced that it is investigating four cases related to corruption allegations made by ANC whistleblower Phadima Fukula, on Tuesday, 4 May.

One of the cases was opened in Gauteng and the remaining three in the Eastern Cape. “Although we do not normally state who the complainants are on any of our cases, however, in this instance information has now become a public knowledge either because of the complainants themselves or media leaks,” said the Hawks.

FOUR CASES AND A MISSING MAN

The Hawks explained that one of the cases under investigation was opened an investigation into perjury and crimen injuria by Lubabalo Oscar Mabuyane, the Premier of the Eastern Cape, against Fukula.

Another case was opened by Fukula and the Hawks themselves also opened one.

“All four cases relating to these allegations are being investigated jointly which will assist at arriving at the truth,” said Hawks spokesperson Lieutenant Colonel Philani Nkwalase.

Nkwalase added that “no one should jump to any conclusion” and said the lawyers involved with the matters should know better.

The Hawks said incorrect information in media reports contradict the statements made under oath in its dockets. There is also an affidavit, allegedly signed by Fukula, circulating online that has several shocking unsubstantiated claims.

Premier Mabuyane is one of the individuals named in the affidavit – he opened a case of crimen injuria against Fukula, on Monday, 3 May, after the whistleblower accused him of handing him money to bribe a judge in July 2017.

“Today, I have come to open a case of crimen injuria at the Cambridge police station against a pathological liar who has been going around creating this concoction of a case that is completely frivolous from where I am seated,” said Mabuyane.

The case Fukula opened – which the Hawks are investigating, as mentioned above – was allegedly made against Mabuyane.

On Thursday, 29 April, the Hawks released a statement asking the public to help locate Fukula. According to the directorate, investigators were interviewing him on 9 April in East London when he requested a short break and never returned.

The Hawks said a case of intimidation was reportedly opened in the city at the end of March and Fukula is the witness. “It is believed that he will assist in unlocking the allegation intimidation and corruption carried out by the Serious Corruption Investigation team in East London,” said the Captain Yolisa Mgoldela.

The mysterious disappearance of Fukula combined with the affidavit circulating online has caused quite a furore online, which is probably why the Hawks were complaining about “jumping to conclusions” and “media leaks” in their statement on Tuesday.

Black First Land First (BLF) accused the police and several government bodies of allegedly having a hand in the whistleblower’s disappearance, in a statement on Monday.