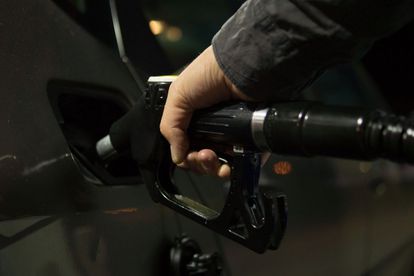 The fuel price hike in South Africa has been a cause of concern for many. The petrol price is expected to reach R21.40 for this month and locals are not having it. Jerome Paulse decided to take a stand.

The petition against the fuel price increase skyrockets

Heading over to Change.org, Paulse started the Fight Against High Fuel Prices petition and it has been reaching every corner of Mzansi. With more than 100 000 signatures, South Africans are rallying together to make a difference.

Three months ago, Paulse started the petition against the fuel price increase in hopes that it would reach Minister of Mineral Resources and Energy Gwede Mantashe. Frustrated and wanting to stand up to the insane hike, Paulse shared his thoughts through the petition’s description.

ALSO READ: ‘There must be zero fuel increases during this conflict’: Calls for SA to scrap increases, levies

“So many of us are living on the edge financially. It becomes more and more expensive for us to live our normal daily lives. The increases year-on-year since December 2020 are outrageous.

“Petrol has increased by more than 40%, diesel by around 44% and illuminating paraffin by more than 70%. Wages and salaries have not kept pace with these heavy increases and consumers will undoubtedly be under more financial pressure because of the knock-on effects on other products.”

ECR reports that following numerous fuel price increases in the country, over 103 000 locals have signed the petition as they call for #fuelpricesmustfall.

A higher fuel price increase is expected in April 2022

According to BusinessTech, the increase in oil prices will continue to negatively impact South African motorists. April is expected to see a R2/litre petrol price hike. The report revealed that oil prices are now at the highest its been since 2008.

At $129/barrel it’s no wonder South Africans are frustrated.

South Africans are using their social media platforms to spread awareness on the fuel price increase petition and share their frustration.

“When are we shutting down the main roads petrol is too high? #FuelPrice”

“The same people that were tweeting that war by Russia isn’t their business cos it isn’t here are now complaining about the increase in fuel price.”