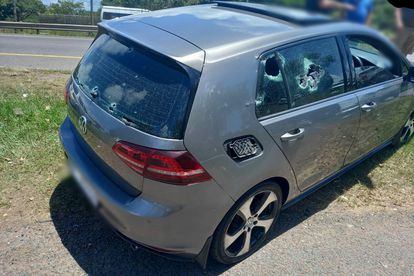 A man was killed and another man injured when their vehicle was peppered with high caliber bullets in Amanzimtoti on Saturday.

THE SHOOTING HAPPENED ON SATURDAY MORNING

He said multiple shots had been fired in what appears to be a hit.

ALSO READ: Matric learner shot in the head while waiting for matric results in Pietermaritzburg

“On arrival on the scene, a grey Volkswagen hatchback was found peppered with high caliber bullets.

“A man was found approximately fifty meters from the vehicle at the entrance to a convenience store with fatal gunshot wounds,” Van Reenen said.

The man was declared dead on the arrival of paramedics.

“The motive for the shooting and the events preceding it are unclear and will form the subject of a South African Police Services investigation.”

He furthermore said another man who was injured in the shooting has been rushed to hospital privately.