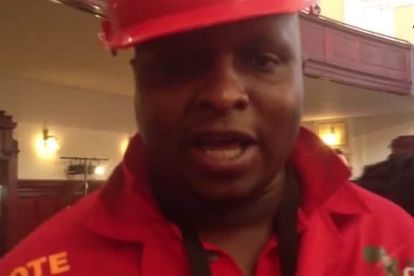 The day passes and everything is beginning to make sense. Advocate Terry Motau and the South African Reserve Bank (SARB) have uncovered the scale of the damage that has been inflicted on VBS Mutual Bank.

The scandal was coined The Great Bank Heist by Motau in his report that unravelled the figures that benefitted from years of corruption and looting.

Floyd Shivambu may have benefited from the VBS loot money

Much is yet to be said about the 27 figures that have been identified by Motau as deserving of a criminal trial for their involvement in the collapse of the bank.

The one name that has stood out is that of Brian Shivambu, a very close ally of the Economic Freedom Fighters (EFF) and the brother of deputy president Floyd Shivambu.

According to the report, Brian was the sole benefactor of a looted R16-million. Motau phrased it as the amount he owes VBS.

However, the story goes deeper after the Daily Maverick and Pauli van Wyk revealed that — through verified sources — Floyd Shivambu and the EFF may have also exchanged hands with the looted money.

It is alleged that the EFF received R1.3-million from the VBS loot pit. This was revealed by three sources to Scorpio.

Read – Who looted VBS Mutual Bank? The figures implicated in ‘the great bank heist’ have been revealed

The damning investigative report into VBS, commissioned by the Reserve Bank and released on Wednesday, found that Brian received R16,148,569 in “gratuitous payments” emanating from the bank.

From the R16.1-million Brian allegedly received, the sources claim that the younger brother injected 62.5% of that into Floyd’s bank account.

Advocate Dali Mpofu, the national chairperson of the EFF, was recently responding to questions on the EFF’s position on the allegations made against them.

His response was not so flattering if one considers the analogy he tried to use to make sense of everything.

“If we, as a party, stand against rape and a brother of one of our members rapes someone, what is it that the party is guilty of? Don’t tell us about brothers and sisters, that is absolute nonsense”, he told a reporter on eNCA.

The EFF has yet to make an official statement regarding their response to these allegations.

*This is a developing story, More updates will follow