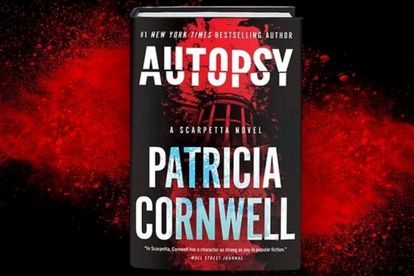 ‘Autopsy’ is the latest instalment of the Kay Scarpetta bestselling thriller series by Patricia Cornwell Image via Twitter @1pcornwell.

‘Autopsy’ is the latest instalment of the Kay Scarpetta bestselling thriller series by Patricia Cornwell Image via Twitter @1pcornwell.

Forensic pathologist Kay Scarpetta is back! In this 25th instalment of the electrifying, landmark No 1 bestselling thriller series by Patricia Cornwell, chief medical examiner Dr Scarpetta hunts an ingenious killer who has mastered cutting-edge science for the most nefarious ends.

Even though Patricia Cornwell is no stranger to good mystery writing, this 25th instalment of her series following Kay Scarpetta titled Autopsy is not one of her best. Luckily, Cornwell has published a myriad of other great thrillers to choose from.

You will either love Patricia Cornwell’s ‘Autopsy’…or hate it

It is important to remember that when it comes to thrillers, everyone has their preferences. Some like fast-paced, action-packed pacing, while others prefer slow burners with a gradual building of tension.

Even though Autopsy is not exactly my cup of tea, it might be the perfect thriller for you to read on the beach this December. But here is what you can expect from this book (no spoilers, of course):

‘Autopsy’ plot…everything but the kitchen sink

This book really has it all (murder, political intrigue, dystopia, and even possible aliens). Instead of these elements making the book jam-packed with excitement, it makes the story lean more over the top.

It reads a bit like a Christmas tree that has too many lights and too many ornaments, overwhelming the reader and sending the story all over the place.

The majority of the book takes place over a single day. This is a common feature of many thrillers which helps to build tension as many things happen in a very short period of time, but in Autopsy, it only makes the story drag on in my opinion.

One of the major plot points which is mentioned in the synopsis on the back of the book, only occurs in the final third of the book, which makes the pacing even more confusing.

Sadly, in the final 20 pages of the book — instead of a gradual building of tension to the final scene and the grand reveal — the book suddenly wraps up in too few pages, leaving the reader thinking, “Huh?”.

One of my favourite elements of reading a mystery/crime thriller is being given clues to the identity of the culprit without even knowing it.

This means that at the end of the story, when it is finally revealed who the killer was, you as a reader have an “Aha!” — or even an “I knew it!” — moment as you recall all the elements that were actually breadcrumbs leading to this reveal.

Then, when you reread the book, you can look at it through a different lens now that you know who the perpetrator was.

This makes you notice new clues in the book that actually point to the final culprit that you didn’t notice the first time around. Autopsy lacks this kind of foreshadowing in the mystery.

The final culprit does come as a surprise, but not for the right reasons. Instead of an “Aha! moment”, the reader has a “Wait, who?” moment. This because the final culprit was never given enough attention in the book to warrant the reader being able to come up with his or her own theories about who it might have been.

However, not everything in my Autopsy reading experience was bad. Cornwell’s writing of dialogue is her redeeming element and proves why she is a best-selling crime writer. The dialogue is fast-paced but not confusing and fits in with a simple yet striking writing style.

The interesting characters and excellent dialogue saved this book for me and made me want to finish it. I also really enjoyed the insight Cornwell gives readers into the nitty-gritty of forensic investigations. She really takes you behind-the-scenes into how it really happens.

Even though some elements were not really my cup of tea, the book had some good qualities which showed why Cornwell is as loved a writer as she is.

But, all in all, I would rather recommend her older works which truly stand the test of time such as Chaos, and Ripper: The Secret Life of Walter Sickert, to name just a few.

Forensic pathologist Kay Scarpetta has returned to Virginia as the chief medical examiner. Finding herself the new girl in town once again after being away for many years, she’s inherited an overbearing secretary and a legacy of neglect and possible corruption.

She and her husband, Benton Wesley, now a forensic psychologist with the US Secret Service, have relocated to Old Town Alexandria where she’s headquartered a few kilometres from the Pentagon in a post-pandemic world that’s been torn by civil and political unrest.

Just weeks on the job, she’s called to a scene by railroad tracks where a woman’s body has been shockingly displayed, her throat cut down to the spine, and as Scarpetta begins to follow the trail, it leads unnervingly close to her own historic neighborhood.

At the same time, a catastrophe occurs in a top-secret private laboratory in outer space, and at least two scientists aboard are found dead. Appointed to the highly classified Doomsday Commission that specializes in sensitive national security cases, Scarpetta is summoned to the White House Situation Room and tasked with finding out what happened.

But even as she works the first crime scene in space remotely, an apparent serial killer strikes again. And this time, Scarpetta could be in greater danger than ever before.

MORE ABOUT THE AUTHOR PATRICIA CORNWELL

Patricia Cornwell is no novice when it comes to crime writing; she has sold over 100 million books. She wrote her first novel, Postmortem, while working as a computer analyst at the Office of the Chief Medical Examiner in Richmond, Virginia.

Postmortem went on to win the Edgar, Creasey, Anthony, and Macavity awards, as well as the French Prix du Roman d’Aventure prize – the first book ever to claim all these distinctions in a single year.

To date, Cornwell’s books have sold some 100 million copies in 36 languages in over 120 countries. She’s authored 29 New York Times bestsellers.

Autopsy is published by HarperCollins Publishers and is available at Exclusive Books stores for R338.